My husband and I took a cruise for our honeymoon. During one of the shows, they brought a couple up on stage who had been married over 50 years. And when asked how they did it, the husband replied, “Two words… I’m sorry!” Then the wife replied, “I forgive you!” We all had a good laugh at the time, but their advice proved to be incredibly wise. Marital conflict is inevitable, and learning to resolve conflict in marriage takes time. But a lot of the conflict could be avoided if we would simply learn to listen, communicate effectively, and admit when we are wrong. 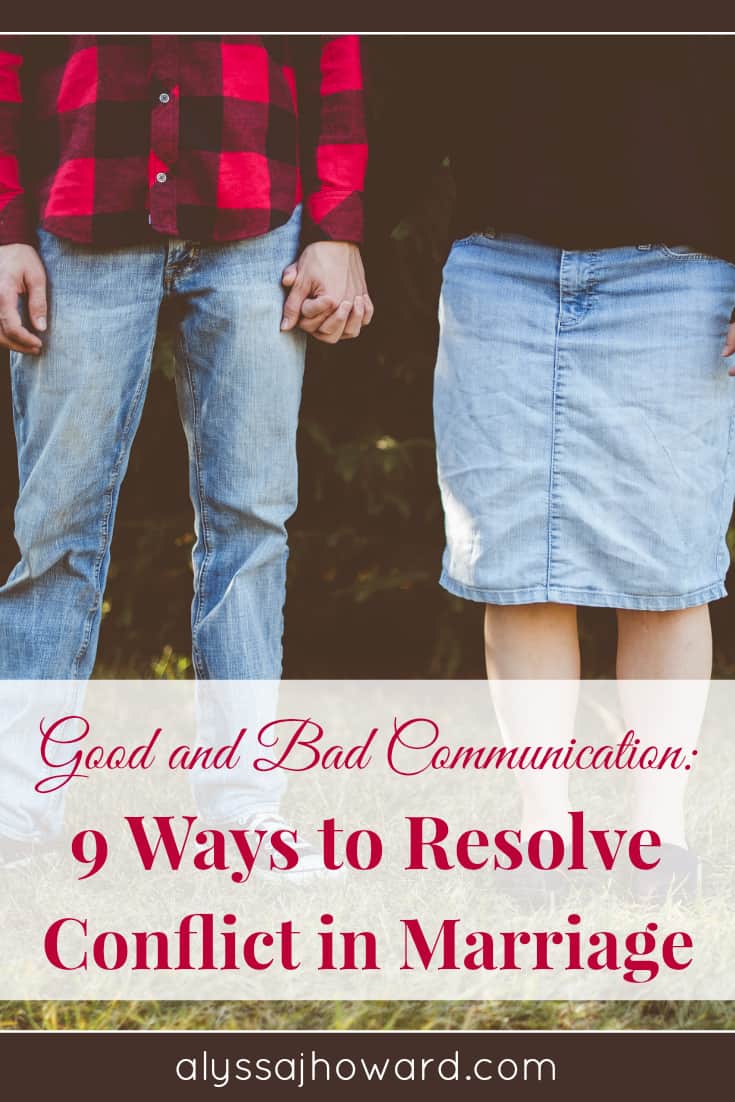 There is not a married couple on the planet who hasn’t had their fair share of conflict. (If they tell you otherwise, they are lying!) Fights can destroy a marriage, but they can also make them stronger.

How so, you ask? I speak from experience when I say that some of the best and most meaningful conversations I’ve ever had with my husband have been after a disagreement. We grow closer together as we learn to communicate more effectively. Communication really is the key. Learn to be a good communicator, and your arguments will help you grow stronger as a couple instead of tear you apart.

According to well-known psychotherapist Virginia Satir, there are four types of communication styles that can be toxic in any relationship.

Computing: This type of communicator is afraid of emotions. They favor facts and statistics, and they typically seem very rational and logical in their thinking. Don’t be fooled, however, by the calm exterior. Just because this person is not willing to communicate the feelings going on inside of them, doesn’t mean the emotions aren’t there. They will do all that they can to detach themselves emotionally from an argument, which makes it very difficult to effectively communicate your own feelings with this person.

Distracting: The concept of “sweeping things under the rug” was most likely thought of by a person with this type of communication style. They avoid conflict altogether by simply pretending it’s not there. Many couples do this without even realizing it. Instead of dealing with a problem at hand, they will talk about the children or house projects that need to be done.

Blaming: This communication style is used most often by those who are insecure in who they are (and we all are to some extent). In their attempt to overlook their own faults and shortcomings, they focus on others and their flaws. They believe that the best defense is a good offense and will often criticize others before they have a chance to criticize them. In an argument, they will frequently use the words “never” and “always,” and they will often resort to generalized statements and irrelevant past mistakes instead of focusing on the actual disagreement.

Placating: This type of communicator will keep peace at any cost… even their own happiness. They will hold their emotions inside and do whatever it takes to please others. This will often lead to feelings of worthlessness and resentment later on down the road. They sacrifice their own needs and desires to keep the peace. It may sound admirable, but not if it is done with a “poor me” mentality.

The best communication involves both listening and speaking effectively.

1 – Seek God’s help. God desires for your marriage to succeed. He’s on your side. Allow Him to work in your marriage as well as in your heart towards your spouse.

2 – Know that EVERY couple has disagreements. You are not alone! It’s easy to think that you’re the only couple with “issues,” but that just isn’t the case.

3 – Make the choice to not be a statistic. When arguments come (and they will), it’s easy to want to throw in the towel. Don’t. Choose to stick with it.

4 – Become a good communicator. This will take some time. (Rome wasn’t built in a day – right?) Learn to recognize bad habits in your communication style so that you can avoid them during the next argument.

5 – Don’t let your anger get the best of you. It’s easy to say and do things when we’re angry that we soon regret. It’s not worth it. Allow God to work in you to give you self-control. Anger is a normal God-given emotion, but don’t let it lead you into sin.

6 – Don’t allow resentment to grow. God’s Word reminds us to not let the sun go down on our anger. We need to resolve our conflicts and move forward. Forgive your spouse and choose not to bring up past arguments and mistakes when you are having a disagreement. (After all, if you’re still thinking about a past mistake…did you really forgive them for it in the first place?)

7 – Know when it’s time to take a break. You don’t want your anger to sit too long, but you also don’t want to say things you regret in the heat of an argument. There are times when it is necessary to walk away from a situation in order to process, cool down, and pray. That way you can handle the situation calmly and effectively when you come back together.

8 – Be willing to admit when you are at fault. It’s easy to keep fighting to prove a point, even when we know we are in the wrong. “I’m sorry” is a really powerful sentence…learn to use it.

9 – Forgive. Mercy and forgiveness are two of the most important elements needed in a thriving marriage relationship. Choose to show your spouse mercy, even when you feel they don’t deserve it. 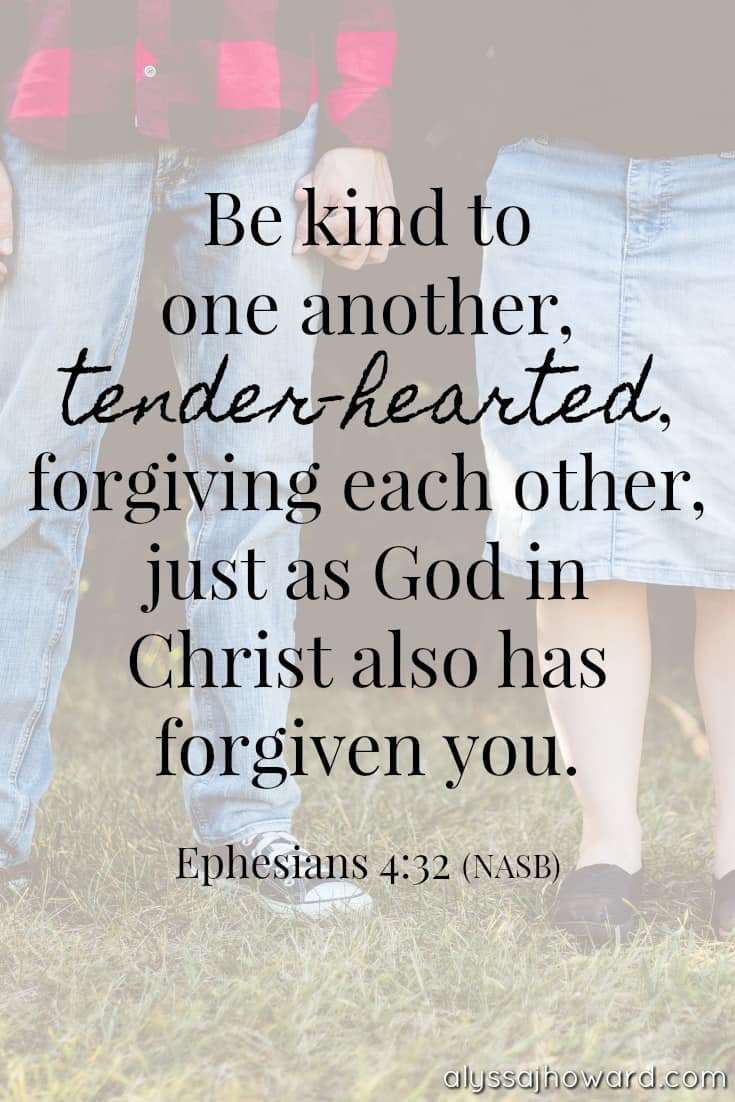