No one enjoys feeling weak or vulnerable, yet it is inevitable to feel this way at some point. We all feel small sometimes… especially when it seems like the cards are stacked against us. When it came time for the Israelites to finally enter the Promised Land, God commanded Moses to send 12 spies into the land to survey the scene. After forty days, the men brought their reports back to the Israelites. Needless to say, there were mixed reviews. The land was exactly as God had promised. It truly flowed with milk and honey, and it was everything the Israelites could ever need or want. There was just one problem… they would have to fight for it. 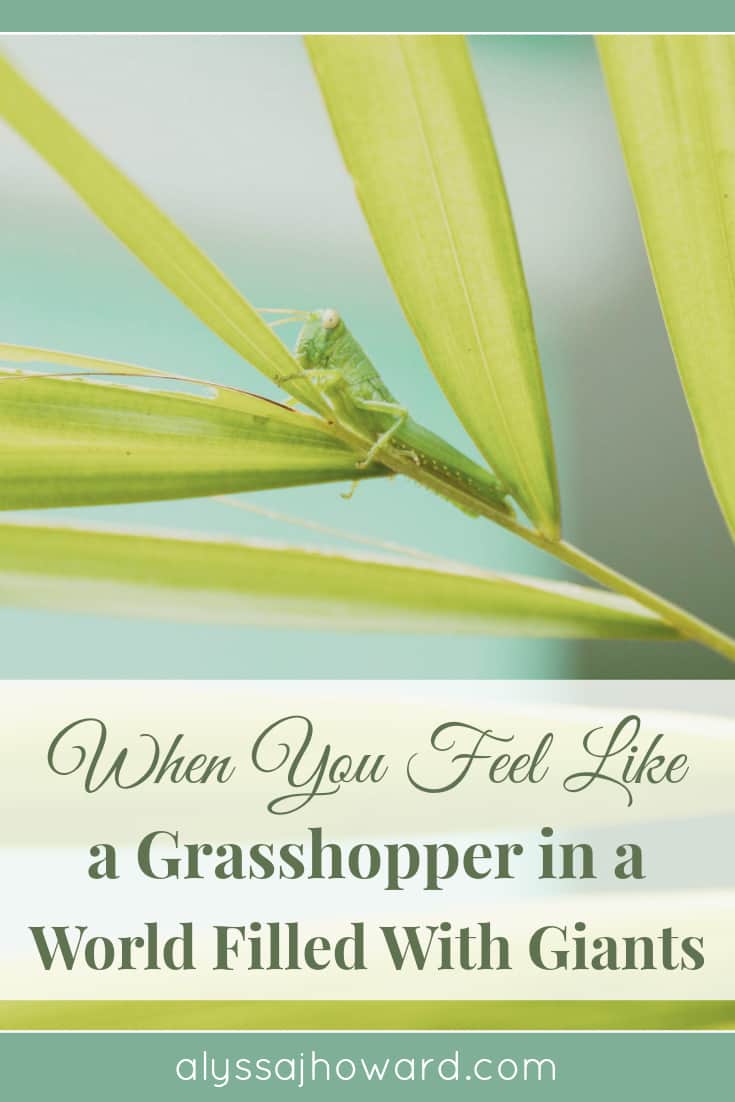 But Caleb tried to quiet the people as they stood before Moses. “Let’s go at once to take the land,” he said. “We can certainly conquer it!” But the other men who had explored the land with him disagreed. “We can’t go up against them! They are stronger than we are!” So they spread this bad report about the land among the Israelites: “The land we traveled through and explored will devour anyone who goes to live there. All the people we saw were huge. We even saw giants there, the descendants of Anak. Next to them we felt like grasshoppers, and that’s what they thought, too!” – Numbers 13:30-33 (NLT, emphasis added)

Of the twelve spies that Moses sent, only two (Caleb and Joshua) returned to the camp ready to fight. They trusted God and His promise to be with them as they went to war for the land. The remaining ten, however, were afraid. They couldn’t see past the fortified cities and the giant men that inhabited them. In the end, they allowed their fear and emotions to keep them from fully trusting in the God of the impossible. Not only that, but they caused the entire nation of Israel to doubt God and His promise.

Just because something is the will of God, that doesn’t necessarily mean it will come easily for us. God often calls us to fight. It would have been easy for the Israelites to enter into a vacant Promised Land, but that would have required zero faith in God and His promise to go with them into battle.

We may not be fighting literal giants to gain access to the Promised Land, but the Bible is clear that we as believers are called to a war of a different kind.

For our struggle is not against flesh and blood, but against the rulers, against the powers, against the world forces of this darkness, against the spiritual forces of wickedness in the heavenly places. Therefore, take up the full armor of God, so that you will be able to resist in the evil day, and having done everything, to stand firm. – Ephesians 6:12-13

As children of God, we fight an unseen enemy every day, and it’s easy to feel like a grasshopper in a world that seeks to destroy us. We face the “giants” of sickness, disease, poverty, lust, greed, depression, anxiety, etc. The enemy would love to use these giants to intimidate us and make us feel too small to be the conquerors God created us to be.

Jesus promised, however, that as believers we have authority over the enemy and that there is truly nothing to fear (Luke 10:19).

We will undoubtedly face giants in this life, but we will never have to fight alone.

The Israelites doubted God and His promise. They complained against God and even entertained the idea of returning to Egypt as slaves. They repeatedly professed that they would all die in the desert and never see the Promised Land. Unfortunately for them, that is exactly what happened. For their unbelief, God sentenced them to 40 years of wandering…one year for every day that the spies surveyed the Promised Land. Every adult 20-years and older would die in the desert and never see God’s promise fulfilled. He gave the land to their children instead.

The Israelites may have felt like grasshoppers in a world of giants, but they failed to remember that God was on their side.

As believers, we can trust that God is on our side as well, and we can rest assured that our victory is already secure in Him.

For whatever is born of God overcomes the world; and this is the victory that has overcome the world—our faith. – 1 John 5:4 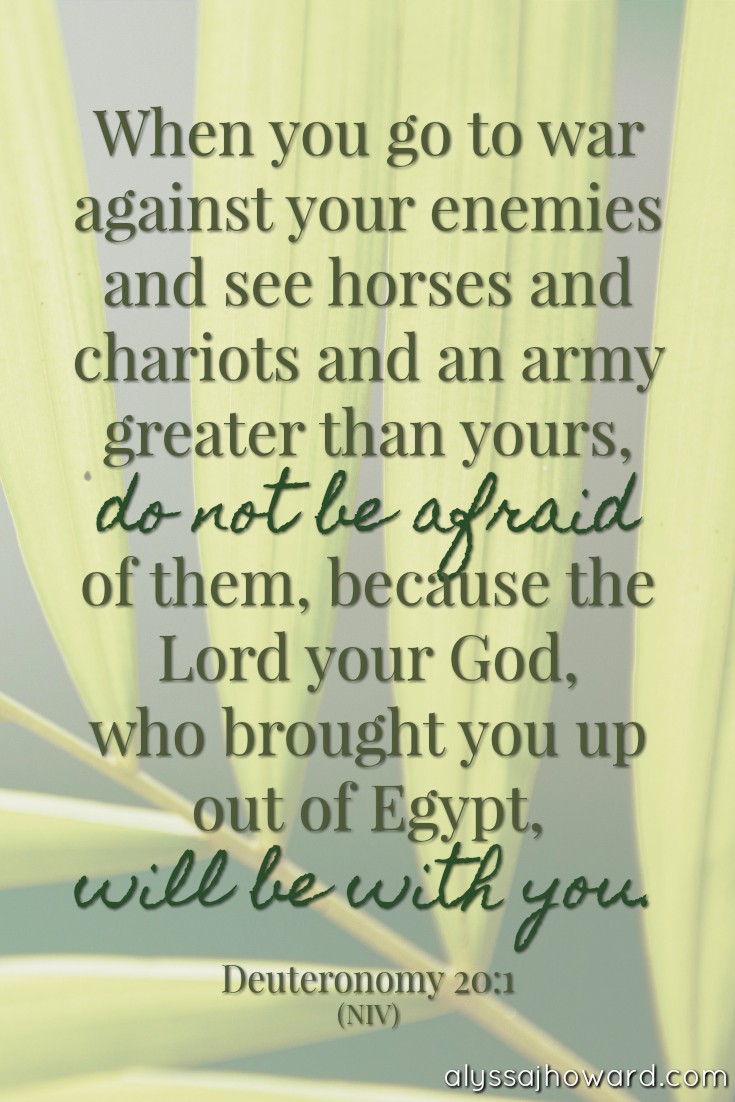 **Photo by Match Sùmàyà on Unsplash

343shares
« Love Defined: How to Experience True Love That Is Unshakable
Victory at the Finish Line: Building Endurance in Our Faith »