Most of us associate the word “apostle” with the New Testament disciples, but the term actually originated before Christianity. It stems from the Greek word apostolos meaning “one who is sent away” or “messenger.” You see, the Romans had a much higher goal in mind than simply to conquer the world. They desired to make the whole known world Roman, and one of their many methods of bringing Roman culture to the world included sending out an “apostolos.” Similar to our modern-day ambassadors (who are sent with a purpose), they were well-equipped and given authority by the government to demonstrate what it truly meant to be Roman.

Needless to say, it was a term that Jesus used to describe His disciples for a reason. 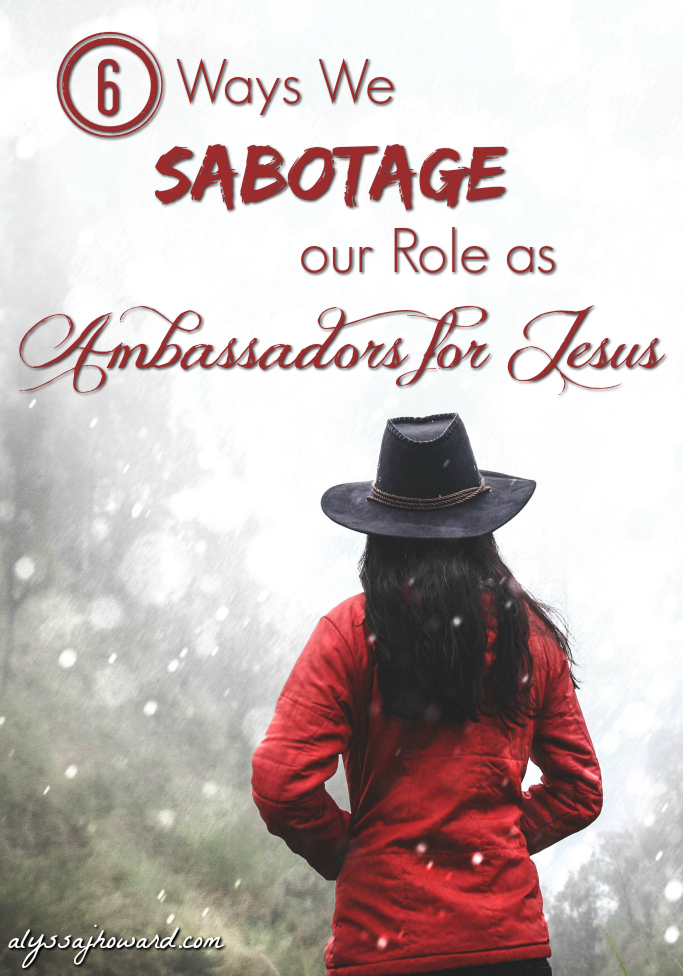 As apostles, Jesus’ disciples had a clear message of salvation to spread to the world; but they would have also understood that their mission included bringing about a new culture. Jesus wanted them to show the world what it was like to live as a citizen of the Kingdom of Heaven. And just like the Romans, they would be well-equipped and given authority to carry out their duties as apostles.

As citizens and ambassadors of heaven, we carry a similar mission – to show the world what our King and His Kingdom are all about.

Six ways we sabotage our mission as ambassadors for Christ:

We should respond differently than the rest of the world to crisis. Our work ethic should reflect our faith. And we should be ready and willing to forgive as God forgave us. In these ways (and more) we share our heavenly culture with the world.

Above all, you must live as citizens of heaven, conducting yourselves in a manner worthy of the Good News about Christ. Then, whether I come and see you again or only hear about you, I will know that you are standing together with one spirit and one purpose, fighting together for the faith, which is the Good News. – Philippians 1:27 (NLT)

The goal of the Roman “apostolos” was simple – bring Roman culture to the newly defeated territory so that if the emperor were to visit, he would feel at home.

Our King will one day return, and this is no time to be sleeping on the job. 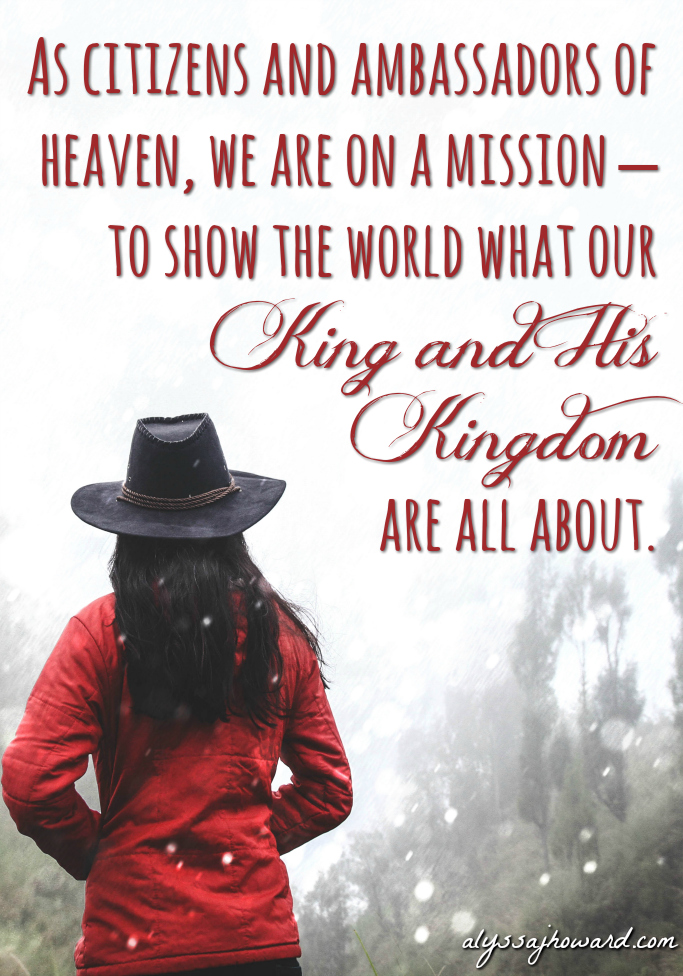 Can you think of any other ways we sabotage our mission? How about ways we can succeed? Feel free to share your thoughts in the comments below!

526shares
« God is Painting a Masterpiece (and that masterpiece is you!)
How to Honor Your Parents as an Adult (and why you should) »