The enemy is called the Father of Lies, and as I pointed out in a previous post, one of his favorite tactics to use in spiritual battles is to take the truth and distort it. Why? Because half-truths sound like the truth. They seem like truth on the surface so we buy into them easily not realizing that we’re being deceived. This is why it is so important for us to understand the whole truth of God’s Word. It’s the only way we’ll be able to recognize these half-truths the enemy tries to use against us. 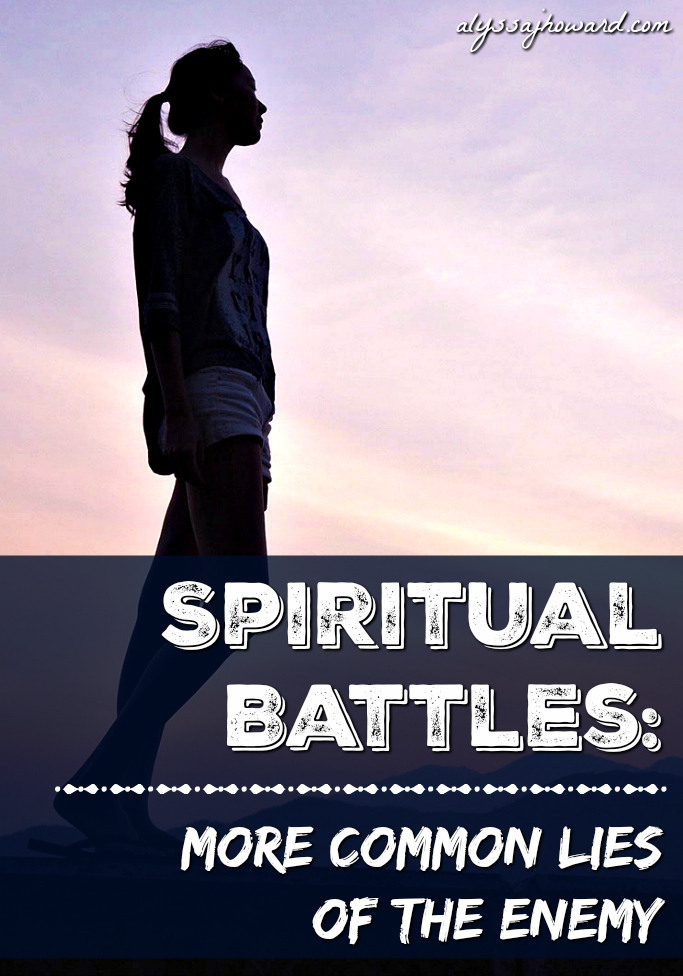 Lie: God fights your battles for you, so you don’t have to fight.

This “lie” is more of a distorted truth than a lie. God gave Israel countless victories in the Old Testament. He fought their battles for them. He conquered their enemies. But the people of Israel still had to show up. They still had to use their swords.

One of the best examples of God fighting our battles for us is found in the story of David and Goliath.

Then David said to the Philistine, “You come to me with a sword, a spear, and a javelin, but I come to you in the name of the Lord of hosts, the God of the armies of Israel, whom you have taunted. This day the Lord will deliver you up into my hands, and I will strike you down and remove your head from you. And I will give the dead bodies of the army of the Philistines this day to the birds of the sky and the wild beasts of the earth, that all the earth may know that there is a God in Israel, and that all this assembly may know that the Lord does not deliver by sword or by spear; for the battle is the Lord’s and He will give you into our hands.” – 1 Samuel 17:45-47 (NASB)

As gruesome as that sounds, it’s exactly what happened. Notice how David tells Goliath that God would be conquering him. The battle was won by God, but it was David who had to be brave enough to step out and fight.

God wins the battles, but He uses us to fight. Every time the Israelites trusted God and gained the victory, their faith grew. And not only did their faith grow, but God’s name was glorified.

What if the Israelites had decided not to fight? What if David had thought to himself, “God doesn’t need me to win this”?

Yes, there are times when He does all of the fighting; we certainly didn’t have to go to the cross to defeat sin and death. There are some battles (including the one I just mentioned) where He fights the war entirely for us. (Thank you, Jesus!)

But there are numerous spiritual battles where God expects us to fight in His strength. I know this because the New Testament is full of verses about the battle we are called to fight. He wouldn’t have equipped us for war if we weren’t intended to step out in faith and win victories.

Like David, we can rest in the fact that victory is ours through Jesus, and that gives us the faith to step out and defeat giants.

Are we willing to step out and fight Goliath knowing that God will bring us the victory?

Lie: The world is a terrible, sinful place and there’s nothing we can do about it.

I hear this lie so often that it’s hard not to believe it’s the truth. It’s easy to think of the world as a sinking ship when we watch the news and hear about everything going on today. But it’s time to put a few things into perspective:

The truth is that Jesus died on the cross to save the lost; and as Christians, we hold the key to saving the world. (He literally gave us the keys to the Kingdom in Matthew 16:19.) So many of us sit back and watch the news believing the lie that we can’t do anything about the state of the world. But the truth is that God expects us to do something about it.

We pray hard. We love unconditionally. And we share the keys to life with everyone we meet.

When it comes to spiritual battles, let’s be done with the lies, be rooted in the truth, and shine brightly for the world to see. 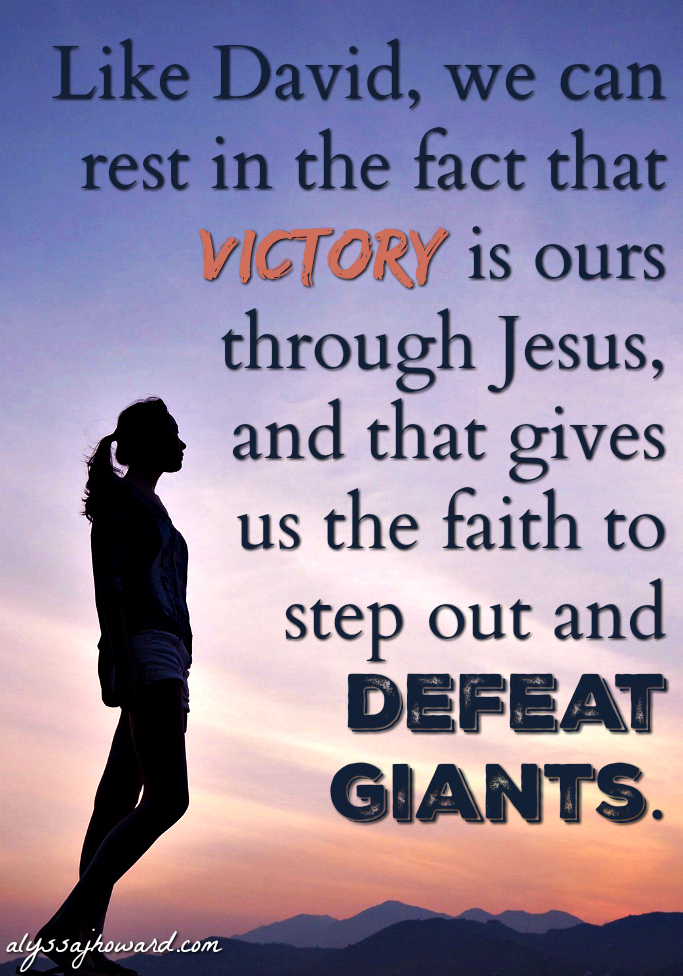