Battles are a part of life. We all face them. Some are more difficult than others. Some last only a day (or even hours) while others can last for years. Whether they are physical, emotional, or spiritual, every person will face battles that they must overcome. 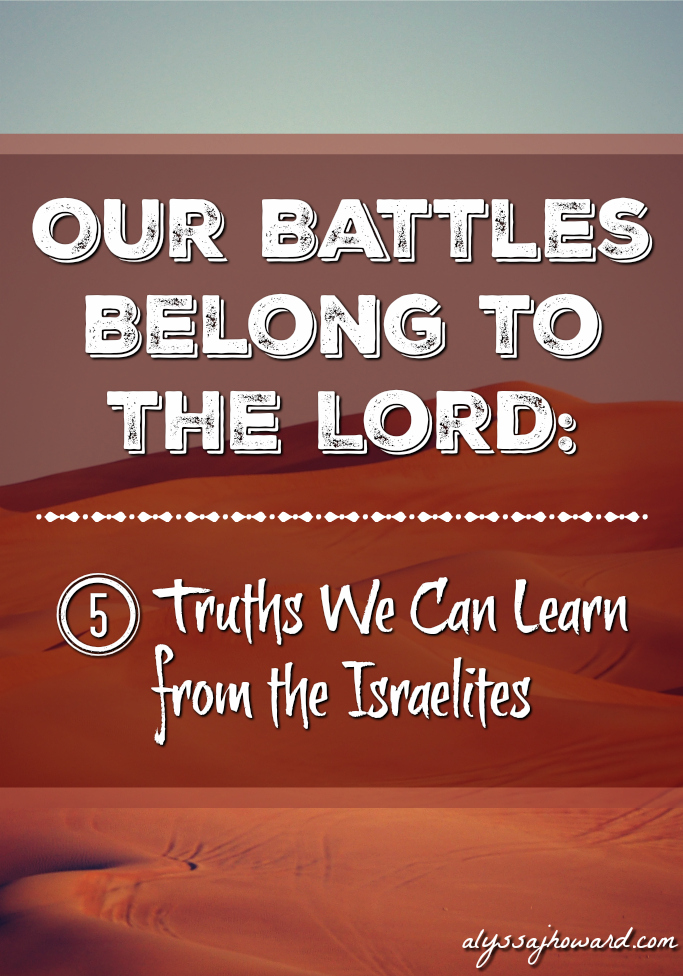 Growing up in the church, I was taught two important lessons regarding the battles of life:

1) The battle belongs to God. He does the fighting for us if we simply surrender our battles to Him.

2) We need to be prepared to fight. After all, Ephesians 6 outlines our spiritual armor. Why would God’s Word command us to put on armor if we weren’t called to fight? And why would Jesus tell us that we had authority over the enemy if it wasn’t necessary to use it?

When it comes to the battles of life, we are called to both surrender and fight.

When God brought the Israelites out of bondage, He did so with the intention of leading them to the Promised Land. This land would be their home, and it was theirs for the taking. There was just one problem – it wasn’t vacant. They would encounter numerous battles with powerful kingdoms on the road to the Promised Land.

The victory already belonged to them, but they still had to fight.

God went before them into every battle. – As long as they surrendered the battle to God, He would go before them into battle. The victory belonged to God alone. They could not lose with God on their side.

Every battle they encountered would be fought according to God’s plan. – Each battle had its own set of “rules.” Sometimes God fought for them. Sometimes they had to kill every living thing inside the cities. Sometimes they could take spoils from the war, and other times they couldn’t. And sometimes they simply had to obey God and march around a city seven times until the walls came down. (Joshua 6:1-27)

When they became prideful and disobedient, they lost. – When pride took over and the Israelites failed to surrender the battle to God, they would lose. God allowed their loss so that they would learn that He was the true source of their victory.

Every battle made them stronger. – As the Israelites learned to rely on God for their victories, their faith in Him grew. They knew that with Him on their side, they couldn’t lose. Additionally, their enemies soon began to realize that they were God’s chosen people who couldn’t be defeated. With each victory, their enemies grew more fearful of the one true God.

God kept His promise. – Even though the Israelites failed many times on their way to the Promised Land, by the grace of God they were able to persevere and gain the ultimate victory – the Promised Land. By the time they would enter it, they knew who had really led them there. It wasn’t by their doing, but by God alone that they were victorious.

Paul tells us that as believers our battles are not against flesh and blood. (Ephesians 6:12) But we still face battles each and every day. Spiritually, emotionally, physically… we all have things we are up against.

Here are five truths we can learn from the Israelites:

1) Allow God to take control. – Yes, we have spiritual armor to put on. Yes, we will be called to fight during seasons of our life. But we should never fight without allowing God to go before us into battle.

2) Fight according to God’s Word. – We know that the Bible is our spiritual sword. Even Jesus used scriptures to defeat Satan when He was tempted in the desert. Don’t be afraid to use your sword! At the same time, we need to be listening to the Holy Spirit for guidance. Every battle we face in life will undoubtedly be fought differently. We need to be listening to Him for guidance.

3) Always fight with a humble heart. – As children of God, we have authority over the enemy. But we must never lose sight of who the victory truly belongs to. Pride will always come before a fall. (Proverbs 16:18)

4) Learn to find joy in the midst of trials. – I used the world “learn” here for a reason. Being joyful during suffering is a skill I haven’t quite mastered yet. (Many of us haven’t.) But there is joy in each battle as we remember that God is in control and that He will turn our battles into blessings.

5) Never forget that God always keeps His promises. – Everything we encounter in this life God will use for good. Even our suffering won’t be in vain. He will never leave us, nor forsake us. And we will be victorious in Jesus name.

The battles of life belong to the Lord.

The victory has already been won in Christ Jesus. Because of this truth, we have nothing to fear.

When we surrender our battles to God, we can march onto the battlefield dressed in our spiritual armor ready to fight! 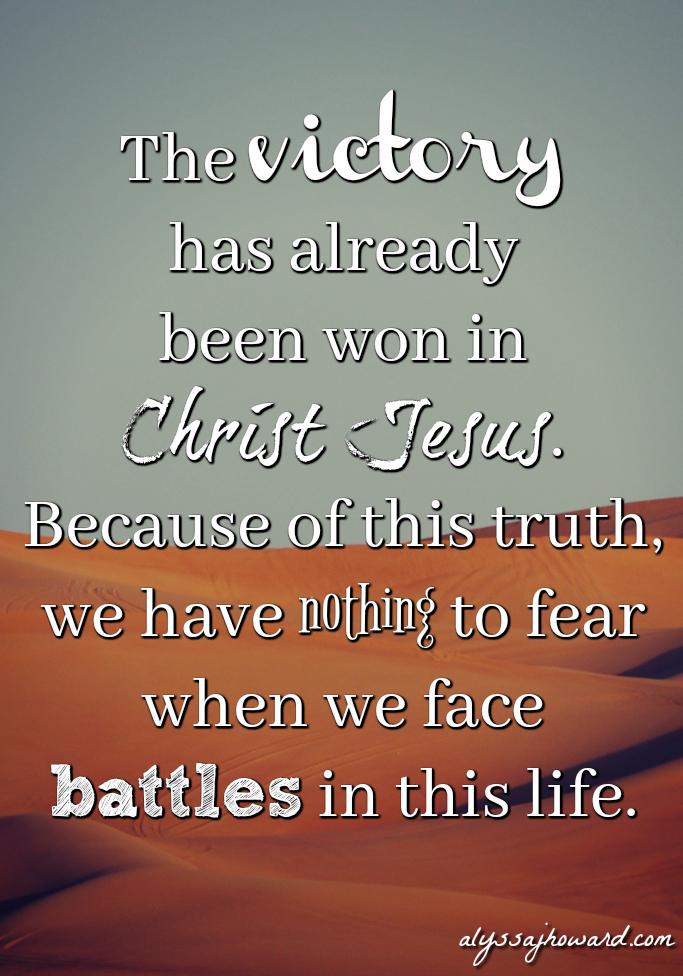 241shares
« Impossible Battles: Even the Winds and Waves Obey Him
Discovering the Cure for the Lonely Heart »