We hear a lot about the “power of sin.”  Sin has the power to enslave us and to ruin our lives. It is self-gratifying, self-exalting, and can often carry devastating consequences to those around us. I’ve always known that sin was something to run from; but I’ve also viewed it as something I would always struggle with. I believed with all my heart that I was saved, but I embraced my struggle with sin as something I would live with until the day I went home to be with Jesus.

But one day I was reading God’s Word and it hit me… Jesus set me free from the power of sin. And if I’m really set free, why am I still struggling with it? 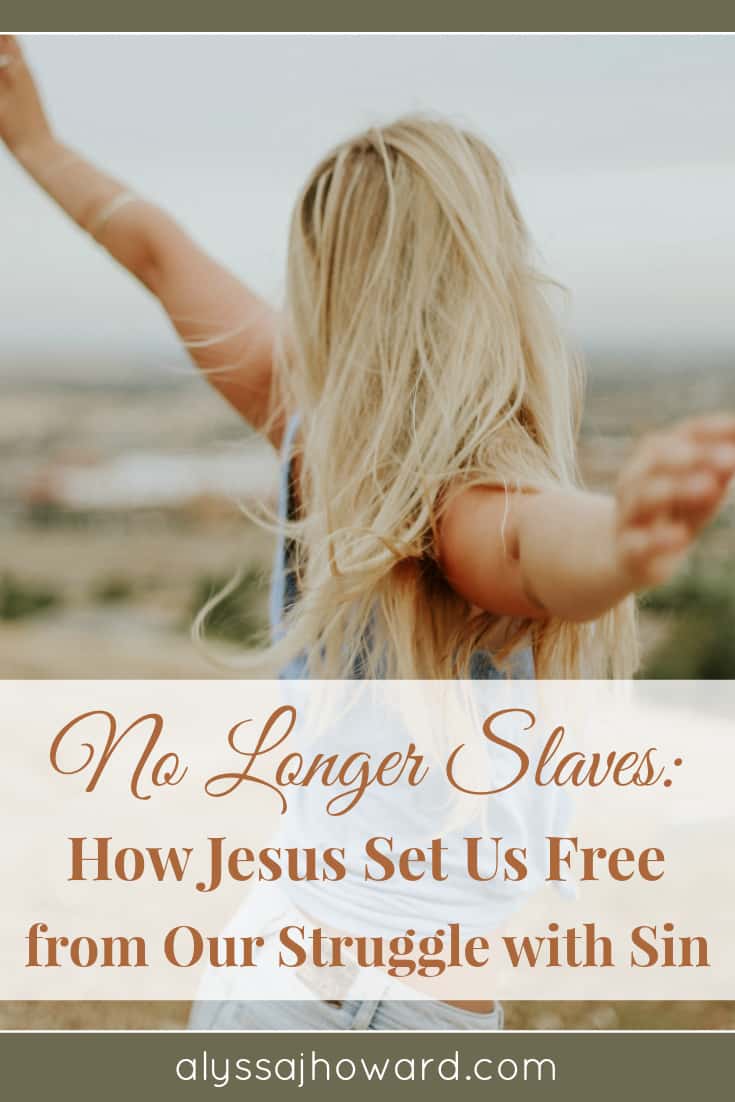 For we know that our old self was crucified with him so that the body ruled by sin might be done away with, that we should no longer be slaves to sin—because anyone who has died has been set free from sin. …In the same way, count yourselves dead to sin but alive to God in Christ Jesus. Therefore do not let sin reign in your mortal body so that you obey its evil desires. Do not offer any part of yourself to sin as an instrument of wickedness, but rather offer yourselves to God as those who have been brought from death to life; and offer every part of yourself to him as an instrument of righteousness. For sin shall no longer be your master, because you are not under the law, but under grace. – Romans 6:6-7, 11-14 (ESV, emphasis added)

When Jesus died on the cross, He made a way for the chains to be broken. We are no longer under the power of sin. We have a choice. You see, slaves don’t have a choice. They are bound by their chains to do whatever their master asks of them. This is how the Bible describes our lives before Christ. I don’t know about you, but I am so thankful that Jesus broke the power of sin!

The cross not only broke the power of sin in our lives, but it atoned for our sins as well.

Our Messiah broke sin’s power and cleansed us from all unrighteousness – past, present, and future. Before He came, mankind had a serious problem with sin. We not only lived in bondage to it, but we were also covered in guilt. In His death and resurrection, Jesus won the victory over sin while simultaneously atoning for our sins through the shedding of His blood. (Romans 3:23-25)

Since sin no longer has any power, we don’t have to submit to it. We can choose to live by the Spirit instead. We will still fail to make this choice from time to time. But as we grow in Christ and learn to remain in Him, we will grow stronger in our ability to choose righteousness over sin.

Jesus ended our struggle with sin once and for all.

When a child of God sins, it’s because we chose to submit to the flesh at that moment instead of submitting to the Holy Spirit. It’s as if we willingly walked back into our jail cell and put the chains back on ourselves.

When I had this realization of truth, I couldn’t help but think about all the times in my life when I did just that. I put the chains back on that Jesus died to set me free from.

So how do we walk in freedom instead of slavery?

We abide. We allow the Holy Spirit to empower our lives, and we learn to daily walk in Him. Since sin has been crucified with Christ, we no longer have to engage in a back and forth power struggle with sin. The power now belongs to us in Christ Jesus. The enemy has no choice but to flee when we resist him because greater is He that is in us that he that is in the world.

Learning to walk in the freedom Jesus purchased for us through the cross is a process; it doesn’t happen overnight. But the more we practice walking in our new God-given identities, the easier it becomes to see ourselves the way God sees us – forgiven and free.

Jesus set us free from the power of sin, so let’s abandon our struggle choose to walk in that freedom – one step at a time.

It was for freedom that Christ set us free; therefore keep standing firm and do not be subject again to a yoke of slavery. – Galatians 5:1 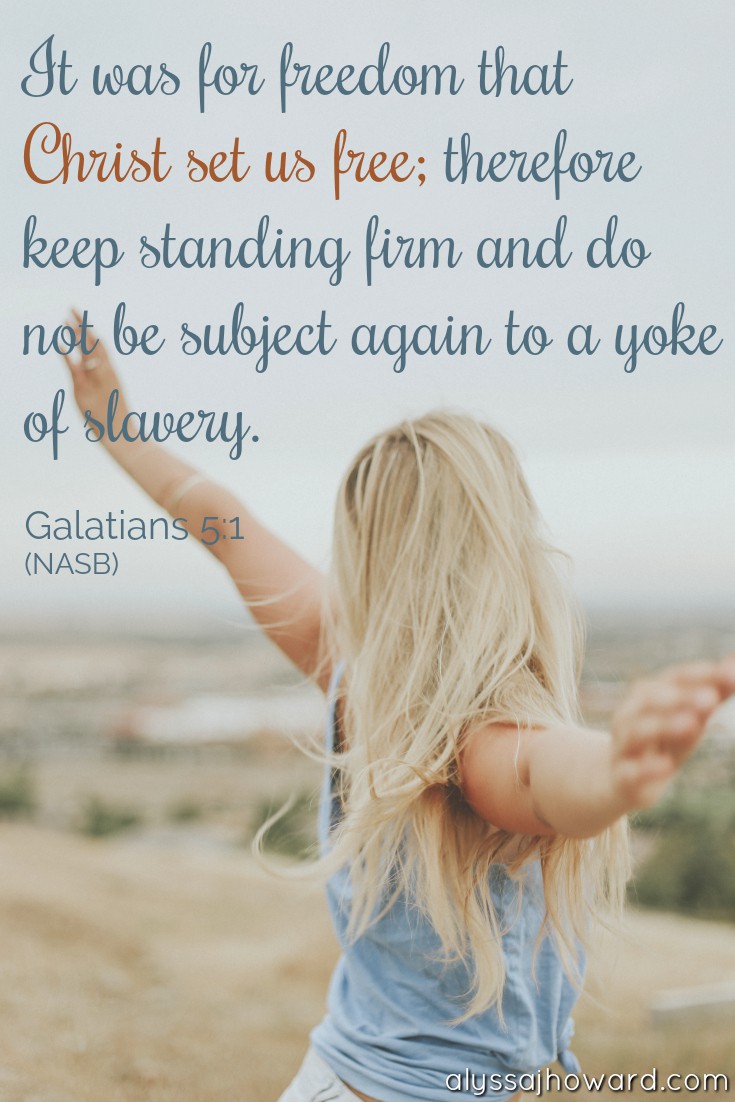 **Photo by Ryan Moreno on Unsplash

627shares
« The Atonement: How Jesus Made a Way to Save the World
Old Man vs New Man: How to Live Out Our New Life In Jesus »