Let my people go! I’m sure we can all imagine Moses shouting this phrase to Pharaoh with his fist raised high demanding freedom for the children of Israel. Ten plagues later, they were finally free to go. (Well, sort of… Pharaoh decided to go after them, God parted the waters of the Red Sea… you know the rest of the story.)

Interestingly enough, Moses didn’t demand their freedom simply for freedom’s sake. He wasn’t claiming injustice… although he certainly could have considering they were overworked and mistreated as slaves. When speaking to Pharaoh he simply proclaimed, “Thus says the Lord, the God of the Hebrews, ‘How long will you refuse to humble yourself before Me? Let My people go, that they may serve Me.‘” 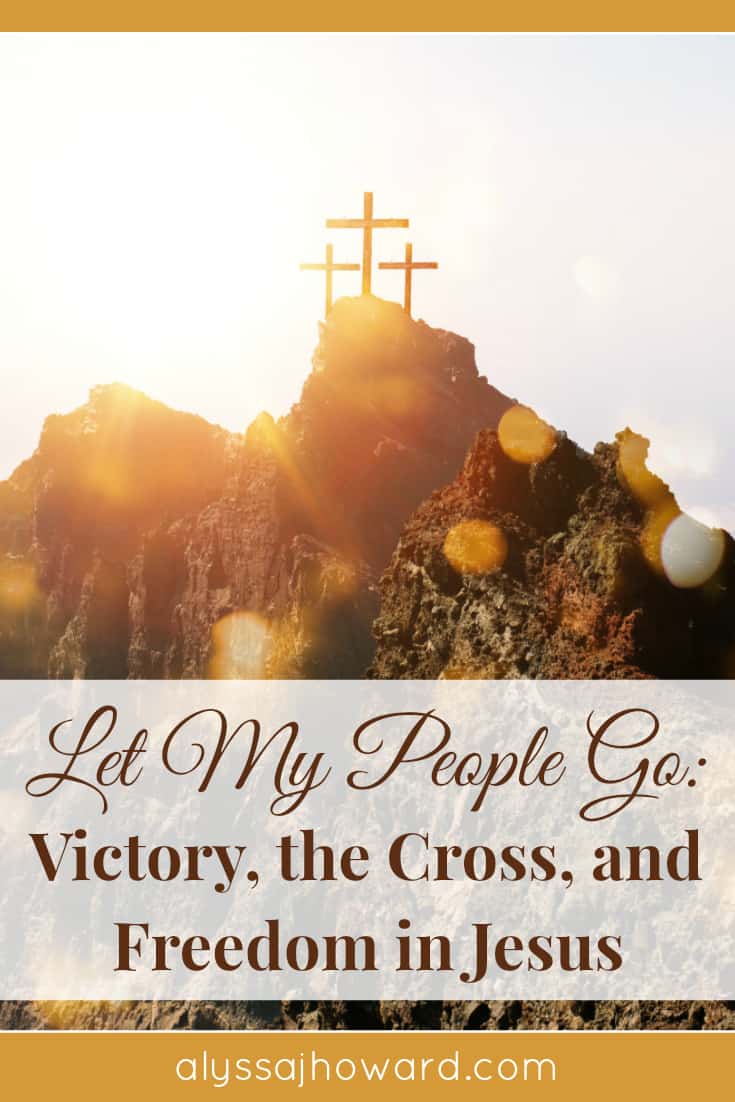 God was the One who gave Moses the victory. Apart from God, this story would have unfolded much differently. In fact, it may not have unfolded at all. But what we can learn from this story is how trust and obedience play an important role in finding victory in our own lives. Moses made the choice to trust God. He moved forward in faith and courage as he stepped out of his comfort zone to approach Pharoah. And God gave him the victory.

It was through the faith of Moses that God was able to bring victory to the Israelites, and it is through our faith that we find victory in Jesus Christ.

Speak to all the congregation of Israel, saying, “On the tenth of this month they are each one to take a lamb for themselves, according to their fathers’ households, a lamb for each household. …You shall keep it until the fourteenth day of the same month, then the whole assembly of the congregation of Israel is to kill it at twilight. Moreover, they shall take some of the blood and put it on the two doorposts and on the lintel of the houses in which they eat it. …it is the Lord’s Passover. For I will go through the land of Egypt on that night, and will strike down all the firstborn in the land of Egypt, both man and beast; and against all the gods of Egypt I will execute judgments—I am the Lord. The blood shall be a sign for you on the houses where you live; and when I see the blood I will pass over you, and no plague will befall you to destroy you when I strike the land of Egypt.” – Exodus 12:3, 6-7, 11-13 (NASB, emphasis added)

This final plague was the last straw for Pharoah. Every firstborn child was killed that night… even firstborn animals. The Israelites were protected, however, by the blood of lamb they put on the doorposts of their homes. The Passover would serve as one of the most prominent foreshadows of Jesus’ death on the cross.

He would become the final sacrificial Lamb once and for all mankind.

For you know that it was not with perishable things such as silver or gold that you were redeemed from the empty way of life handed down to you from your ancestors, but with the precious blood of Christ, a lamb without blemish or defect. – 1 Peter 1:18-19 (NIV)

The people were set free from slavery in Egypt, but that didn’t mean their lives would be easy. God set them free so that they could make their way to the Promised Land in their newfound freedom. This journey would take them into the wilderness where they would have to trust God daily for food and protection. They would find that the Promised Land wasn’t vacant but needed to be conquered one nation at a time.

Jesus would be the one to say “Let my people go!” when He conquered the enemy and set us free from our slavery to sin.

When Jesus died on the cross, He defeated sin and death. We were set free in His name! But in that freedom, we are called to follow Him. We live by the power of the Holy Spirit as we do our part in advancing the Kingdom of God.

Just like the Israelites, we are on our way to the Promised Land. And also like them, we must rely on God daily for nourishment and guidance. Because in the end, we are called to battle the same way they were. Only our battle is not against flesh and blood but against kingdoms of darkness.

And in Christ, we are guaranteed the victory!