Slavery is such an ugly word. There is something deep down inside each and every one of us that knows we ought to be free. In fact, this country was built upon the idea that all men had rights and were created equal. We desperately longed for true freedom… But freedom often comes at a price. The Bible tells us that Jesus came to set the captives free. He died on a cross so that you and I could have the option to choose freedom in Christ over slavery to sin. But what does it really mean to be free in Jesus? 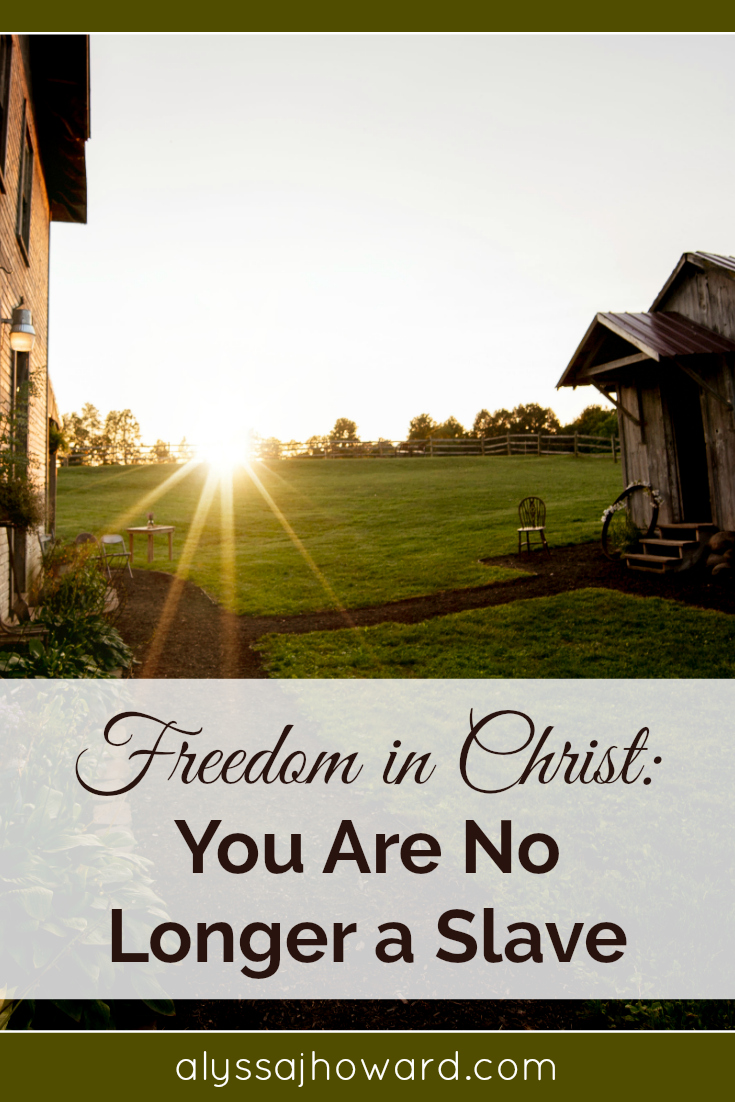 Jesus answered them, “Truly, truly, I say to you, everyone who commits sin is the slave of sin. The slave does not remain in the house forever; the son does remain forever.” – John 8:34-35

Anyone who commits sin…

When speaking of our former slavery to sin, Romans 6 usually comes to mind. In this chapter, Paul discusses our former slavery to sin. He reminds us that in Christ, we have been set free. But it was Jesus who first defined what it meant to be a slave to sin. Anyone who commits sin… I think it’s safe to say that we have ALL committed sin in our lives.

Let me ask you a question. What comes to mind when you first think of slavery? Bondage? Chains? Being forced to do something against your will? I honestly find it interesting that God chose to define us as “slaves to sin” before Christ. In my mind, a slave has no choice. They are subject to whomever or whatever they are enslaved to at all times. Is this really how God views our relationship to sin prior to the saving power of the cross?

But worse than that, prior to salvation, most don’t even realize that they are slaves in the first place. This is the worst kind of slavery… We weren’t simply slaves to sin. We were slaves who thought we were free. You see, most outside the church see themselves as anything but slaves. They often think that we are the ones who are slaves to our “religion” and our “rules.”

“No longer do I call you slaves, for the slave does not know what his master is doing; but I have called you friends, for all things that I have heard from My Father I have made known to you.” – John 15:15

A slave does not know what his master is doing…

Jesus used these words to describe slavery, and they couldn’t be truer. Part of why the world doesn’t realize its own slavery is the fact that they don’t know what their “master” is doing. They don’t realize that he seeks to kill, steal, and destroy. He makes promises he can’t keep. He makes you believe that he can bless you beyond your wildest dreams. And he tells you that you can find happiness in your life if you would simply follow your heart and do what makes YOU happy no matter what.

The enemy gives you an abundance of false hope just before he pulls the rug out from under you. And God will often allow this to happen in our lives because it is in these moments of struggle that we can clearly see the chains that God desperately wants to set us free from.

Because you are sons, God has sent forth the Spirit of His Son into our hearts, crying, “Abba! Father!” Therefore you are no longer a slave, but a son; and if a son, then an heir through God. – Galatians 4:6-7

No longer a slave, but a son…

Being set free from the power of sin is one thing. But the Bible tells us that we were set free in order to be adopted as sons. Even Jesus used this type of language when describing the difference between slavery to sin and sonship in the Kingdom of God. This true always amazes me. God loves us so much that He sent Jesus to die on the cross to set us free from slavery and to adopt us into His own family.

We are no longer slaves to sin, rather we have freedom in Christ Jesus our Savior.

For all who are being led by the Spirit of God, these are sons of God. For you have not received a spirit of slavery leading to fear again, but you have received a spirit of adoption as sons by which we cry out, “Abba! Father!” The Spirit Himself testifies with our spirit that we are children of God. – Romans 8:14-16 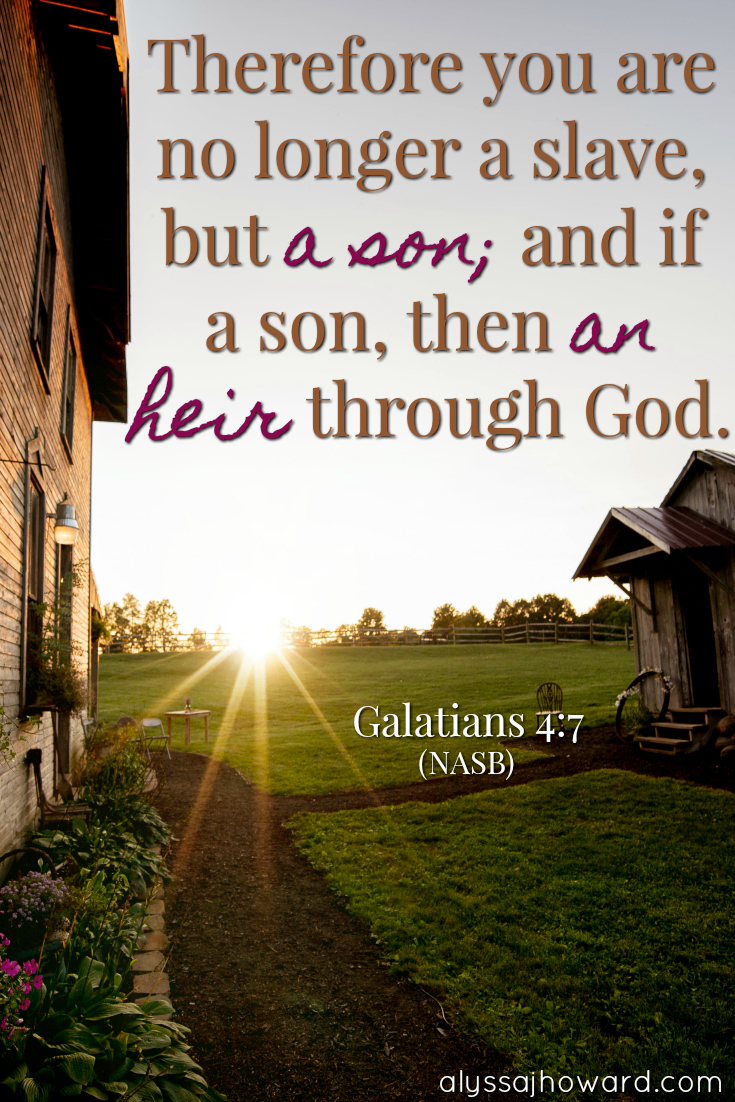