When speaking of the virtuous woman of Proverbs 31, Bible teachers often focus on the attributes that make her a good mother, wife, and keeper of the home. But this passage goes far beyond that. It describes her as a woman who is well-rounded with a good head on her shoulders… smart and resourceful. The virtuous woman in Proverbs 31 provides both food and clothing for her family as well as her servants, manages the home and its finances, takes care for the needy, sells her own handiwork, and speaks wisdom and teaching to others. (She is one busy lady!) 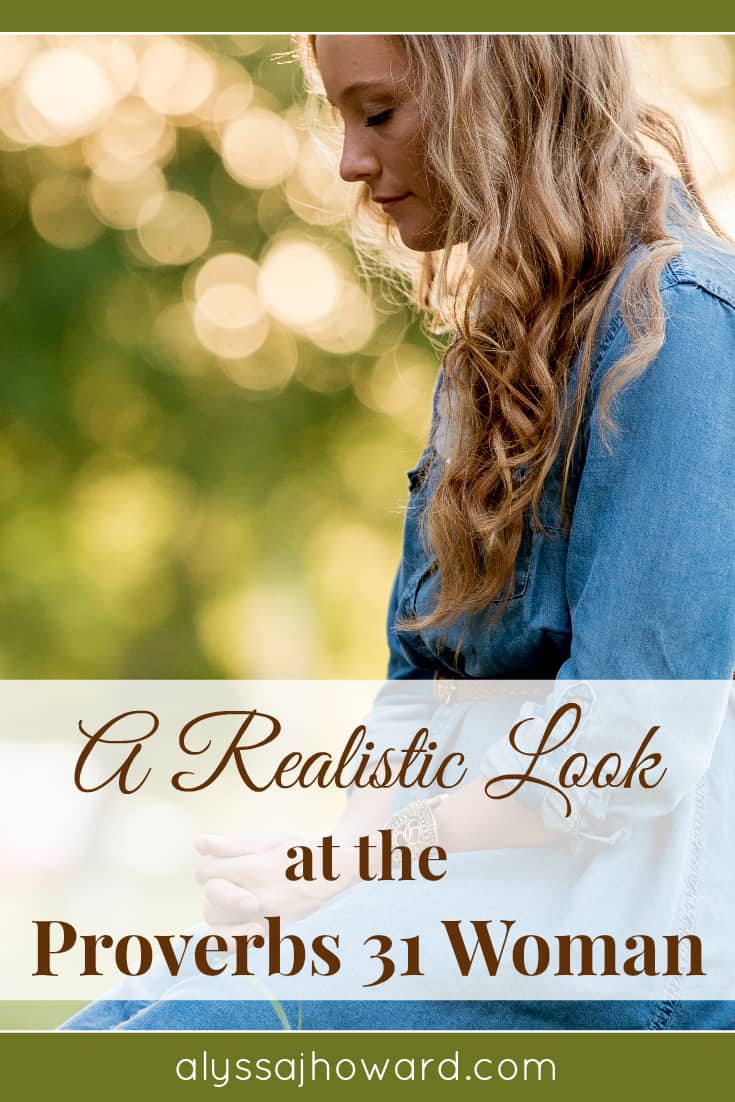 It’s true that in today’s culture, many of the characteristics found in Proverbs 31 seem a little outdated. To tell a woman today that she has to sew her own clothing in order to be considered a virtuous woman would seem crazy to say the least.

But despite the fact that today’s culture is much different from the culture this passage was written for, there are still fundamental truths describing the virtuous woman that can be applied today.

The heart of her husband trusts in her, and he will have no lack of gain. She does him good and not evil all the days of her life. – Proverbs 31:11-12

First of all, she is a trustworthy woman who takes her role as a helper seriously. Eve was created in the Garden of Eden as a helper to her husband. She was to aid him in life and be by his side in all things. A virtuous woman will be a blessing to her husband in many ways and will do so all the days of her life.

She looks for wool and flax and works with her hands in delight. She is like merchant ships; she brings her food from afar. She rises also while it is still night and gives food to her household and portions to her maidens. – Proverbs 31:13-15

In verses 13-15, we find her spinning wool and flax. She also plans the day for her “servant girls.” For the modern American woman, spinning wool is not an everyday custom; and having servants is no longer typical either. This passage implies certain characteristics, however, that women today can appreciate. First of all, a virtuous woman is resourceful. The wool and flax she is spinning in this passage were “found.” This trait is again implied when she uses her resources to create meals for her family. Secondly, the virtuous woman is seen waking up early to feed breakfast to her family. She plans each day and takes care of her home.

She considers a field and buys it; from her earnings she plants a vineyard. She girds herself with strength and makes her arms strong. She senses that her gain is good; her lamp does not go out at night. – Proverbs 31:16-18

The virtuous woman is also a hard worker. Not only does she wake up early to make breakfast, but “her lamp burns late into the night.” What I also find interesting is that the woman uses her earnings to inspect a field and buy it in order to plant a vineyard. This implies that she earns some form of income and that she saves her money. She then uses it to provide even more for her family. The virtuous woman is also intelligent and independent. After all, she is the one that inspected the field before purchasing it.

The woman is again seen “spinning thread” and “twisting fiber” in verses 19-21. She is always keeping herself busy with things that help provide for her family. It is obvious here as well that the woman has thought ahead to the winter months and made sure that her family was well taken care of and warm. The virtuous woman also plays an active role in her community. She is always ready to help the poor and needy.

She makes coverings for herself; her clothing is fine linen and purple. Her husband is known in the gates, when he sits among the elders of the land. She makes linen garments and sells them, and supplies belts to the tradesmen. – Proverbs 31:22-24

In verses 22-24, she wears “fine linen” and “purple gowns.” Now, many view a focus on appearance to be unbiblical. And it is true that our appearance should take a backseat to other more important things of God. But the virtuous woman does know how to present herself and her family when she’s in public. She is also seen making things to sell “to the merchants.” (This could very well be the source of income mentioned earlier.)

The woman’s husband is well-known in the community as well. It may seem odd that the husband is briefly mentioned in a passage that is meant to describe a virtuous woman. On the other hand, I believe that the woman may have something to do with the fact that her husband is well-known and respected. Unlike many in our culture today, she isn’t meeting up with friends and complaining about her spouse. She speaks well of her husband. She respects him, and therefore others will respect him as well.

Strength and dignity are her clothing, and she smiles at the future. She opens her mouth in wisdom, and the teaching of kindness is on her tongue. – Proverbs 31:25-26

Words such as “strength” and “dignity” are used to describe the virtuous woman in verses 25-26. Not only do these adjectives describe her inward beauty, but they could also be describing the way she carries herself in public. She clearly has a healthy amount of self-esteem and poise. The virtuous woman gives wise advice and counsel to others. She does not slander or speak foolishly, rather she teaches and instructs others with “kindness.” She is careful when critiquing others to be loving and thoughtful in her choice of words.

She looks well to the ways of her household, and does not eat the bread of idleness. Her children rise up and bless her; her husband also, and he praises her, saying: “Many daughters have done nobly, but you excel them all.” – Proverbs 31:27-29

The virtuous woman fears God and worships Him with her life’s work. She takes her role as her husband’s “helper” very seriously and serves her family as she would serve the Lord. At the same time, she is strong, smart, and independent. This is why she is to be honored and praised.

The virtuous woman is a rare gem indeed.

If we’re to realistically take a look at this list provided for us in Proverbs 31, the virtuous woman is not only a rarity, but she sets a standard that can seem a bit overwhelming. Many women try their best to be like her; but in the end, I’m not sure that was the original aim of this chapter. Notice how the chapter ends:

Charm is deceitful and beauty is vain, but a woman who fears the Lord, she shall be praised. Give her the product of her hands, and let her works praise her in the gates. – Proverbs 31:30-31

This chapter isn’t simply a to-do list for women. It’s the celebration of a woman who fears God and works hard in all that He has called her to do.

It took me a while to realize this, but it’s not about working myself ragged trying to be the best wife and the best mom I can be. It’s about having a servant’s heart towards everyone in my life and living to please God first and foremost.

Be sure to read my follow-up post entitled Proverbs 31 Man: Wisdom for the Modern Husband. 386shares
« The True Purpose of Marriage (according to the Bible)
Racing to Win: 5 Principles That Will Prepare You for Ministry » 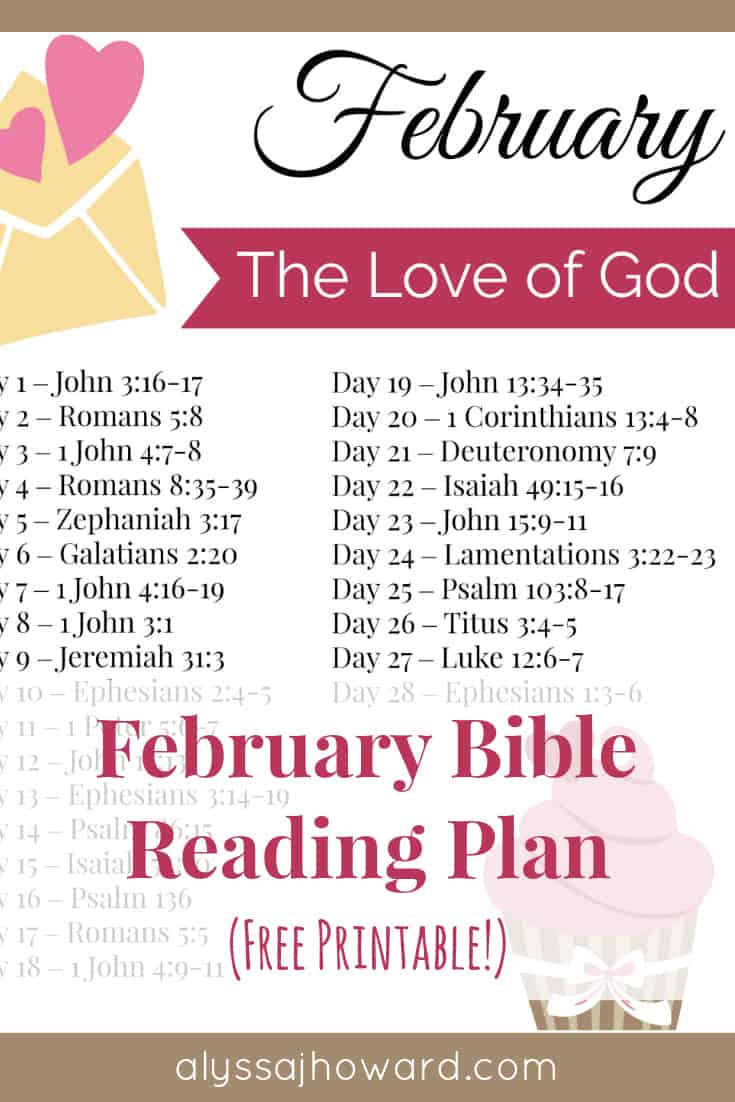