Satan. Lucifer. Devil. He has many names, but one identity. We know him as an enemy of God. He tempts the world into sin. He’s deceptive. He’s a liar. And he’s seeking to destroy God’s plans and His people. (Although, we know as Believers that he won’t succeed!)  1 Peter 5:8 tells us that he “prowls around like a roaring lion, looking for someone to devour.” But the Bible doesn’t limit the enemy to one spirit or being. There are “evil rulers and authorities.” The Bible actually defines Satan as having an unseen kingdom. 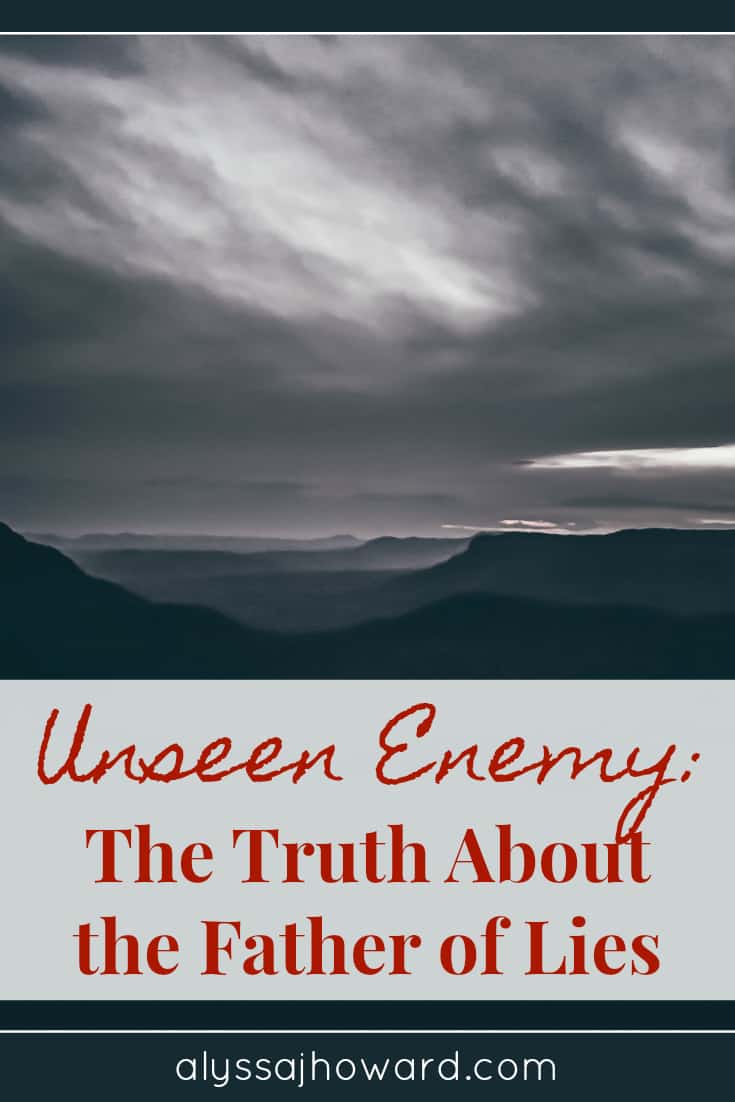 Now as I stated in an earlier post, we can see the unseen realm by its effects on our physical environment. For example, we can clearly see that there is evil in the world simply by watching the news for 20 minutes. Wars, terrorism, greed, sexual sin… these are just a few examples of the enemy at work.

I had a well-intentioned teacher in grade school who told my class that we should be afraid of the devil and take him very seriously. As I’ve grown older and studied the scriptures for myself, I must admit that she was only partially correct. Yes, we should take his tactics seriously. He is real and needs to be dealt with. But as children of God, we NEVER have to be afraid of the enemy.

The enemy may be deceptive and full of lies, but Colossians 2:15 clearly states that he has been disarmed. And not only has he been disarmed, he was publicly shamed in the heavenly realms. This isn’t something that will happen. It already happened when Jesus conquered sin and death on the cross.

So what does that mean for us as believers today?

We may have an enemy who hates us and wants to devour us, but he has zero weapons.

Not only that, but Ephesians 6 tells us that we carry the sword of the Spirit. And we wear spiritual armor!

So picture if you will, an unarmed enemy (who knows he’s already been defeated) coming against an opponent who is carrying the most powerful weapon imaginable and wearing full body armor. This is what the battle actually looks like! (…not much of a fight now is it?!)

In Matthew 28, Jesus tells His disciples that He has been given ALL authority on earth and in heaven.

Jesus claimed to have all authority on earth and in heaven, which means the enemy has none.

Now authority and power are two different things. The enemy has no authority, but he is very good at lying to gain power in our lives. The only power the enemy has over us as believers is the power we give him. In other words, his only hope is that we will believe his lies. Mind games and lies are all he has left to work with. But when we are focused on the Word of God and walking in His truth, the enemy can’t hurt us.

Not only that, but we too have authority over the enemy. Not by our own name, but by the name of Jesus who lives within us. We exercise this authority every time we pray “in Jesus name” at the end of our prayers.

Christ has all authority over the enemy whom He defeated on the cross, and we are united with Christ in His victory. Therefore when the enemy comes at us with a lie, we simply need to remind him of the truth. 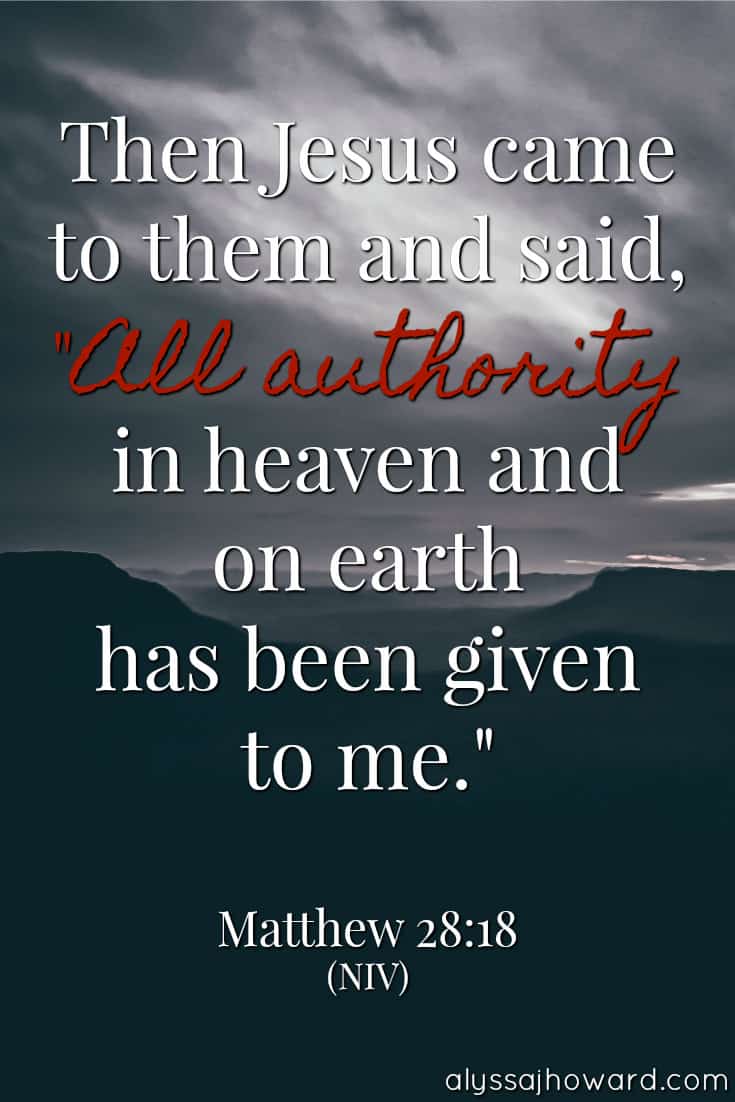 **Photo by Mike Wilson on Unsplash

1429shares
« Trust the Unseen: How to Live in Spirit and Truth
God Changes Hearts: Leading Our Loved Ones to Jesus »