Our words hold more power than we realize. Words can heal. They can restore. They can breathe life. But they can also destroy. They can make us feel unnecessary guilt or pain. They can destroy a person’s confidence and sometimes even their faith. The Bible tells us that our words hold the power of life and death. So are we building up? Or are we tearing down? 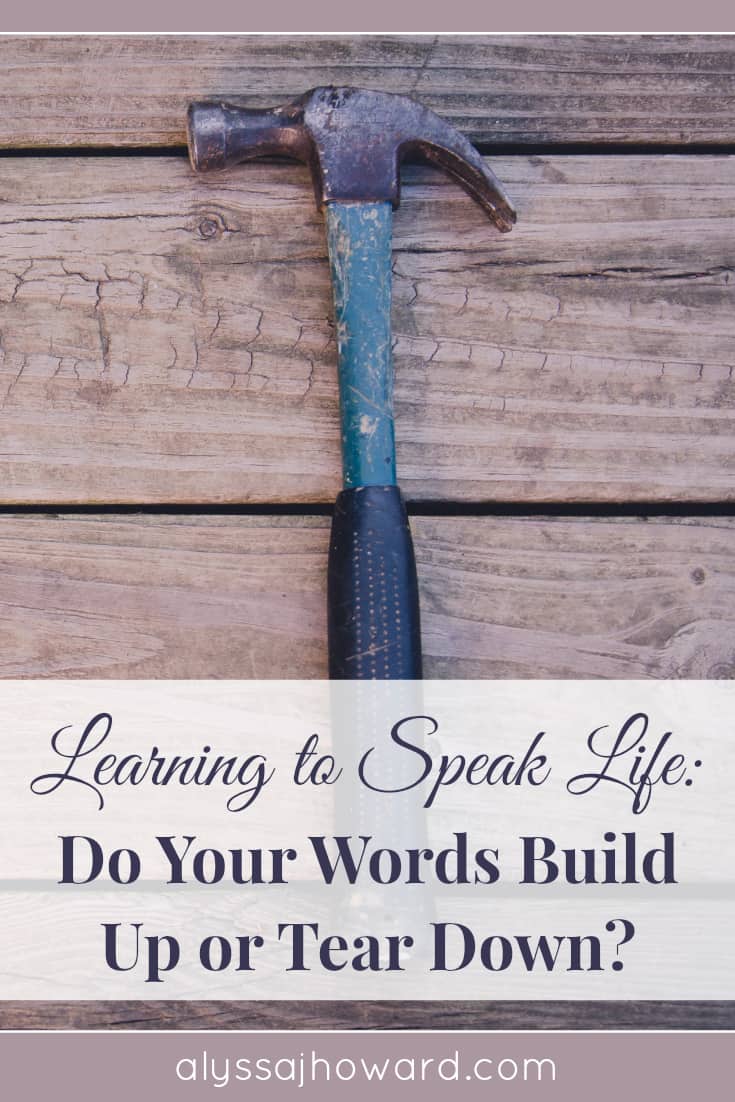 In his first letter to the Corinthian church, Paul spoke on this very issue. (1 Corinthians 3:9-17) He told us that Jesus Christ should be our foundation, both corporately as the church but also individually. We have a responsibility as believers who are working in the Kingdom to build upon that foundation. We teach, we correct, and we help others grow in their faith.

You see, the body of Christ is meant to grow and mature. Its purpose is to be strengthened and glorified. Yet so often, I see people within the body tearing each other down. We argue and disagree. We speak poorly of each other and to each other. When God calls us to edify and to build, we offend and criticize instead.

Think of your words like a hammer… Hammers are wonderful tools. They are extremely useful when trying to build something. But they can also smash things to pieces. (If you’ve ever accidentally missed a nail and hit your thumb instead, you know what I’m talking about!) Just like the hammer, your words can be useful and productive in building the Kingdom. But also like the hammer… they can crush and damage if not used properly.

In the early church, there was a strong disagreement between the Jews who were converting to Christianity and the new Gentile believers. The issue at hand was none other than food. The Jews believed that they still had to honor the Mosaic Law and avoid certain meats, but the Gentiles were never under the Law so they felt no remorse over what they ate. This disagreement was tearing away at the body of Christ. It was causing disunity, and above all, people were becoming cruel over the issue.

It didn’t matter who was right or wrong. What mattered was how the church was treating the issue. They were tearing down instead of building up. Their words and empty arguments were destroying all that God was trying to do in their midst. As Paul said, our goal should be to “aim for harmony.” We won’t always agree, but we don’t have to be cruel. Speaking the truth is important; but in this scenario, both sides felt they had the truth.

Paul said it best when he wrote, “Don’t tear apart the work of God over what you eat.” (Romans 14:17-20) In other words, don’t ruin what God is trying to do with silly arguments.

If God is in the business of building up His Kingdom, then we should be as well.Click to Tweet

As we serve God, never forget that the goal is always growth. As we strive to build each other up, let’s choose to use the proper building materials – prayer, God’s Word, words of encouragement, acts of service, etc. And always speak the truth in love with a sincere heart.

As we are building up the Kingdom, let’s avoid silly arguments and aim for harmony in all we do for God.

Let us be careful too to avoid the “appearance” of building. Paul gave us a list of building materials in 1 Corinthians 3:12 – gold, silver, jewels, wood, hay, and straw. But he also reminded his readers that judgment day would reveal what kind of work each builder had accomplished.

I’m reminded of the story of the “3 Little Pigs.” (Yes, I know… I have preschoolers.) We learn from this story that some building materials are better than others. There is also something to be said about putting in the time and effort to genuinely build. Telling people what they want to hear may appear like building, but it won’t be able to endure the heat when the time comes.

Our words hold a great deal of power. In all things (even an argument) remember to speak life. 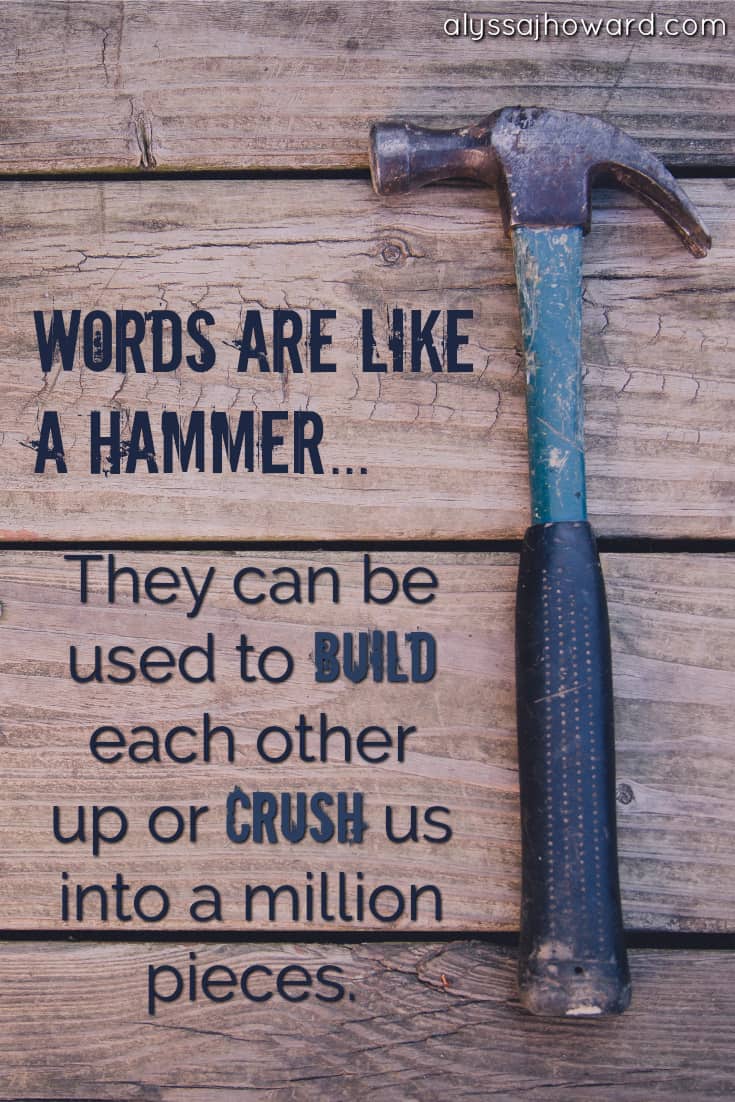 **Photo by Daniel Irmler at ChristianPics.co

8358shares
« Serving Your Spouse: The Secret to a Successful Marriage
How to Build the Kingdom in Your Everyday Life »