Many of us have heard the phrase “silence is golden.” But did you know that silence can also be power? I was watching an episode of one of my favorite Netflix dramas last night. In the episode, several high school girls received their SAT scores and were comparing with one another for bragging rights. One girl, however, decided not to share, rather she chose to keep it personal and private. She officially held the power at her lunch table. She had amazing scores and could have wowed her friends, but she chose to be silent… which in the end, spoke volumes. 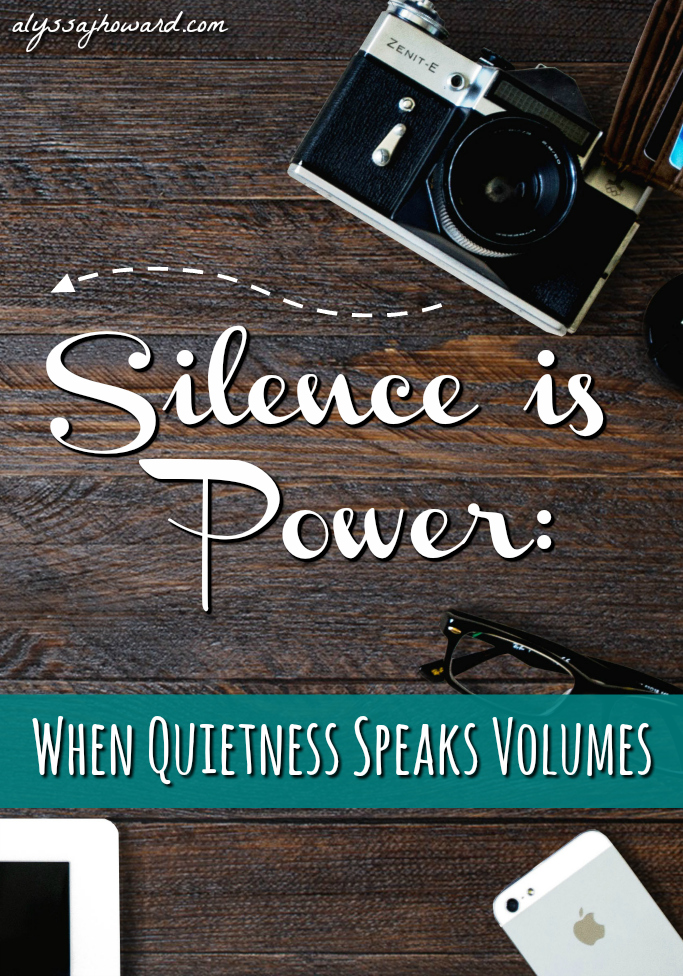 In today’s culture, we learn fairly early on to speak our minds. My preschool-aged daughters already have this skill mastered. We all desire to be listened to and heard. We fight for our rights and defend ourselves when we feel like something is unfair.

But are we really saying anything of value? Or are we simply using our right to speak to complain or argue?

Even a fool who keeps silent is considered wise; when he closes his lips, he is deemed intelligent. – Proverbs 17:28 (ESV)

The Proverbs speak often of holding one’s tongue. I love how Proverbs 17:28 tells us that silence has the power to cause a foolish man to appear intelligent. That’s a lot of power!

In our attempts to defend ourselves, we often say foolish things that get us into trouble. This past election is the perfect example of this. What would have happened if certain individuals had decided to hold their tongues? What if they had chosen to remain silent even when things seemed unfair? Would our perceptions of them be any different?

There are certainly times when speaking our minds is appropriate; but more often than not, silence will say far more than our words ever could.

In all honesty, Jesus is the perfect example of silent power:

Then some stood up and gave this false testimony against him: “We heard him say, ‘I will destroy this temple made with human hands and in three days will build another, not made with hands.’” Yet even then their testimony did not agree. Then the high priest stood up before them and asked Jesus, “Are you not going to answer? What is this testimony that these men are bringing against you?” But Jesus remained silent and gave no answer. – Mark 14:57-61 (NIV)

Even in the midst of false accusations, Jesus chose silence. How many of us would do the same? Falsely accused, would we be able to keep it together?

Now, Jesus did eventually speak. He answered just one important question that day. It was simple and profound. After refusing to answer the false accusations, He finally broke His silence by declaring that He was indeed the Messiah. Jesus answered the one and only question that mattered.

True wisdom, the kind that only comes from God, knows when to speak up and when to remain silent. Jesus knew that trying to defend Himself against the false accusations would only fuel their anger, and they probably would have twisted His words and used them against Him (which they often did).

Jesus knew that when facing false accusations, silence was far more powerful than anything He could have said to defend Himself.

As I’ve been pondering this past week, I can’t help but ask myself one simple question. Am I using the power of silence in my own life? Or do I constantly feel the need to speak my mind?

Silence demonstrates strength, keeps arguments from escalating, and allows us to choose our words wisely.

The tongue can bring death or life; those who love to talk will reap the consequences. – Proverbs 18:21 (NLT) 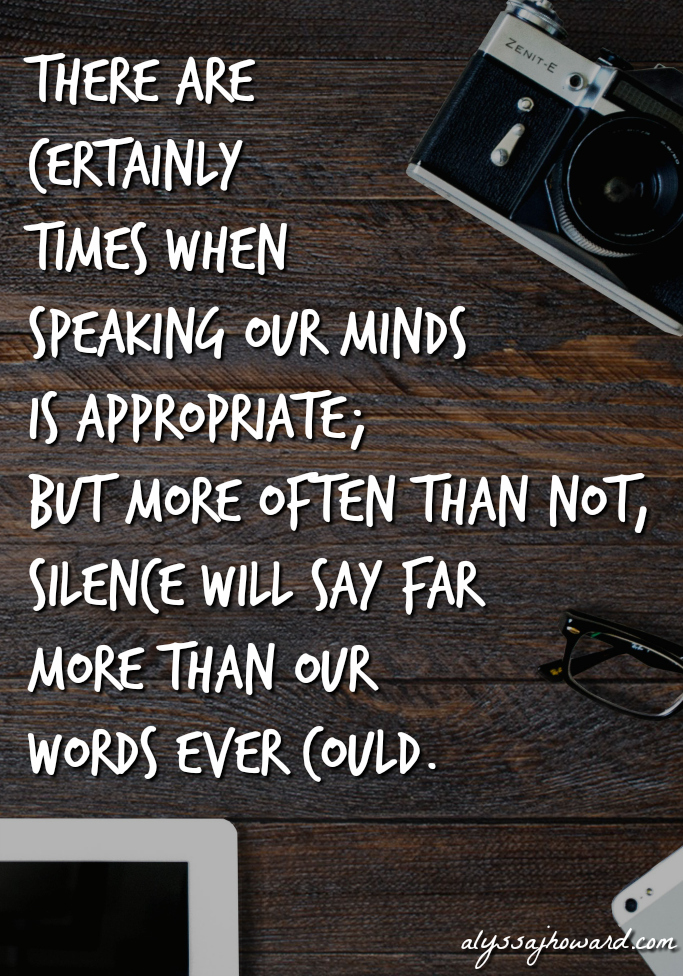 639shares
« Health, Wealth, and Happiness: An Honest Look at the Prosperity Message
Why My Christian Family Chooses to Embrace Santa Claus »