Our battle is not against flesh and blood… Our culture seems to be at war. We fight. We protest. And we march for our rights. No one can seem to agree on anything, and even within the four walls of the church, we find hateful speech and disunity. If you’re anything like me, you’re probably asking yourself at this point, “What in the world is going on here?” 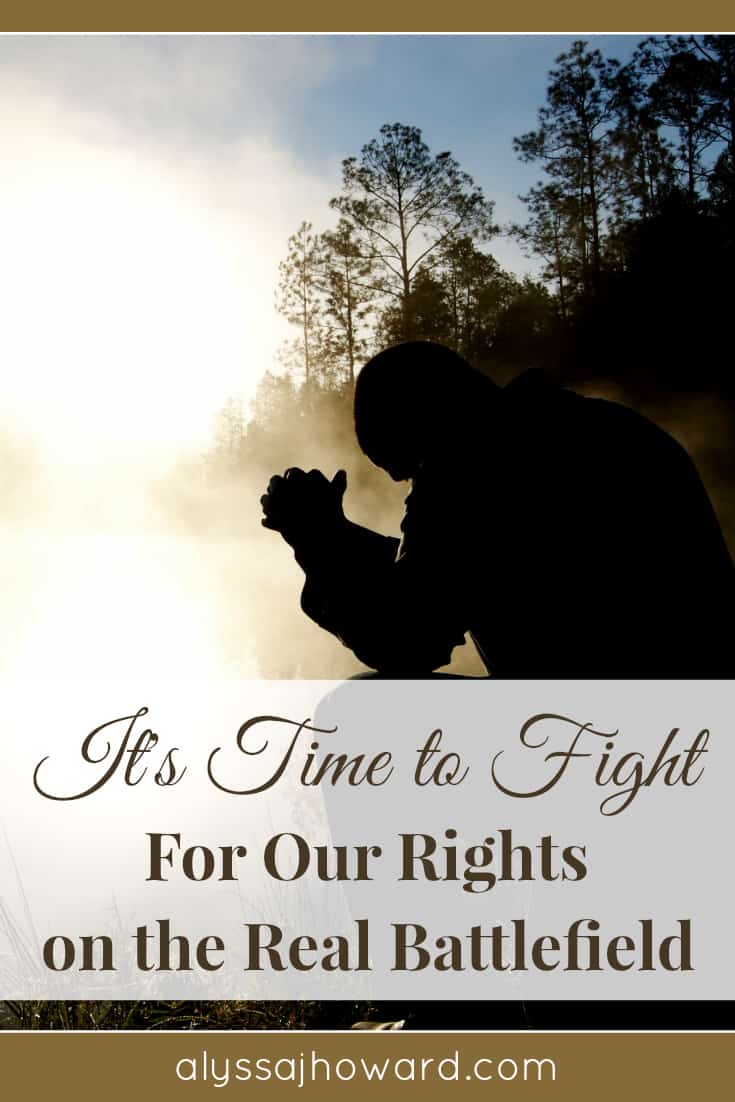 In America, we are taught from a young age to fight for our rights. And to a certain extent, this is an admirable skill to be learned. We should fight for what rightfully belongs to us. But as Christians, is this how we are called to conduct ourselves in the world?

In everything set them an example by doing what is good. In your teaching show integrity, seriousness and soundness of speech that cannot be condemned, so that those who oppose you may be ashamed because they have nothing bad to say about us. – Titus 2:7-9 (NIV, emphasis added)

Again I say, don’t get involved in foolish, ignorant arguments that only start fights. A servant of the Lord must not quarrel but must be kind to everyone, be able to teach, and be patient with difficult people. Gently instruct those who oppose the truth. Perhaps God will change those people’s hearts, and they will learn the truth. – 2 Timothy 2:23-25 (NLT, emphasis added)

I must admit that I’ve been a bit discouraged by the fact that in the name of “fighting for our rights,” so many Christians have gotten involved in the arguments. I’ve seen some of the most hurtful comments via social media regarding the church and its leaders. Christians have justified their “right” to speak slanderous things about this country and its policies. If I’m being honest… it breaks my heart.

Recall for a moment the days when the New Testament was written. The early Christians faced opposition that you and I have never and probably will never see in our lifetime. The Jewish leaders were persecuting them, and their own Roman government tortured and murdered them. If there was ever a time to protest and fight back, it was then.

But the apostles were too smart for that. In God’s wisdom, they knew that gentle instruction and respectable living spoke much louder than protests and hateful shouting. Did they speak the truth? Yes, they most certainly did. They refused to be silent when it came to the Gospel message.

But they also knew that the truth of God’s love can only be given and received in love. Truth is never readily received in hate.

In your teaching, show integrity… so that no one can say a bad thing about you.

As Christians, we are definitely called to fight.

But the truth is that we can do far more on our knees – on the real battlefield – than we can anywhere else.

1113shares
« It’s in the Moments: Learning to Enjoy All of God’s Blessings
How to Discern the Voice of the Holy Spirit: 5 Truths from God’s Word »