When God speaks, whatever He declares is done. His Word is His Word. With His Word, He brought the world into existence. His Word became flesh (Jesus) and defeated the enemy, breaking the power of sin and darkness. When God puts something into motion using His Word, it will be completed. God declared our victory in Jesus. We have His Word that the gates of hell will not prevail against His Kingdom. So as we continue to fight our spiritual battles against sin and darkness, we can trust that victory is ours in Jesus’ name. 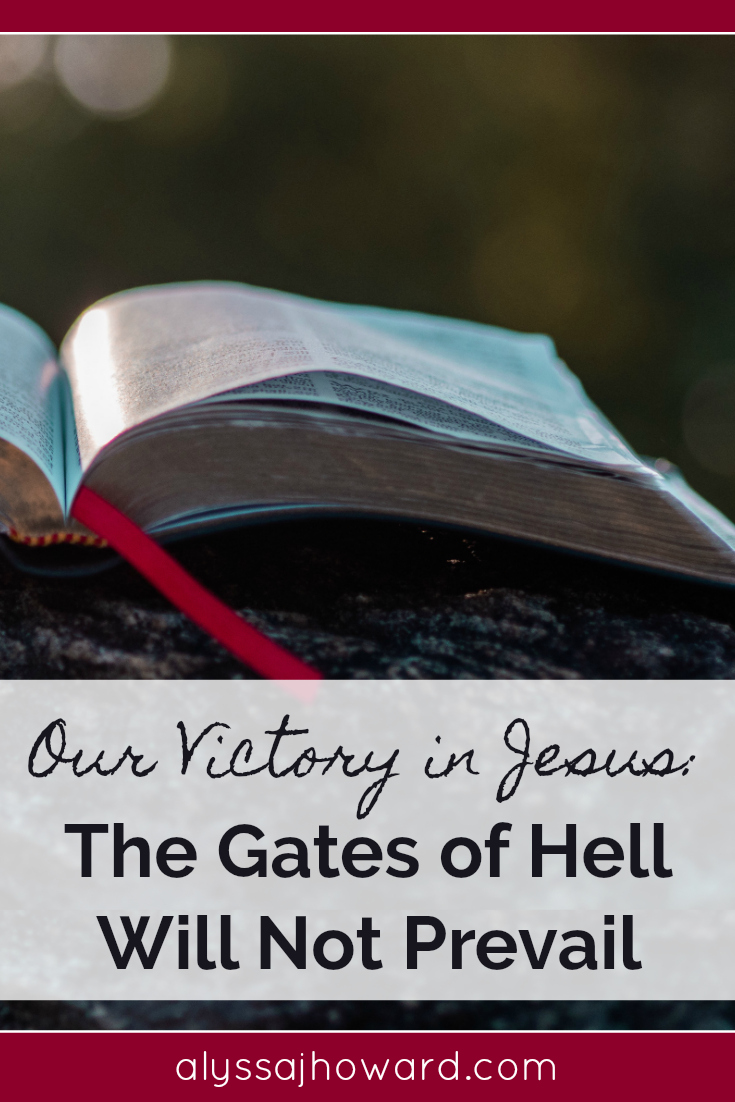 And I tell you, you are Peter, and on this rock I will build my church, and the gates of hell shall not prevail against it. – Matthew 16:18 (ESV)

I’ve noticed a trend in recent years concerning many (not all) in the church: Somewhere along the way, we became victims. Instead of marching into battle against the enemy knowing that our victory is secure, the church is simply learning to “cope” with life’s struggles and “endure” hoping that they will end soon.

Hear me out on this one… the Bible does tell us to endure to the end. It reminds us that struggles are simply a part of the Christian walk. We will be persecuted (as we are seeing around the world today), and we will still deal with the consequences of sin both in our lives as well as the lives of those around us. But it’s our attitude about these things that needs some adjusting… we need a little perspective.

When God commanded the Israelites to go to war for the Promised Land, He told them that their victory was secure. He would go before them into battle. It’s so easy to read these stories throughout the Old Testament and not fully grasp what was happening. The Israelites were facing enemies that God told them were stronger than them and SHOULD have easily won. These men were so intimidating that the Israelites were scared to fight them. They ended up wandering in the desert for forty years (an entire generation) because of their lack of trust that God could give them victory.

When God told the Israelites to fight, they had to spend time preparing for battle. They put on armor and most likely trained for combat. They would come face to face with their enemies and physically fight until victory was theirs. Sometimes the battles were short and simple, and other times they were long and difficult. But every battle took time, dedication, and a lot of trust!

God gave them victory after victory, but He didn’t leave them on their doorsteps. They had to train and fight. And in doing so, God proved Himself faithful while at the same time He built their character, their strength, and their faith.

He gave them the victory, but they still had to act on their faith to attain it.

…And He placed His right hand on me, saying, “Do not be afraid; I am the first and the last, and the living One; and I was dead, and behold, I am alive forevermore, and I have the keys of death and of Hades.” – Revelation 1:17-18

In His victory over sin and death, Jesus became the key holder. He holds the keys now, rather than the enemy. When He rose from the dead, He came against the gates of Hades and won. But it doesn’t stop there. As children of God, we get to share in His victory. In other words, we too have overcome death in Jesus’ name! (What an amazing gift from God!)

When Jesus told Peter that the gates of Hell will not prevail against His church, He meant just that. The power in us is far greater than the power of hell. Matthew 16:18 contains two important truths we need to recognize as Believers.

As we fight our spiritual battles as the church, never forget God’s declaration: The gates of Hell will not prevail. 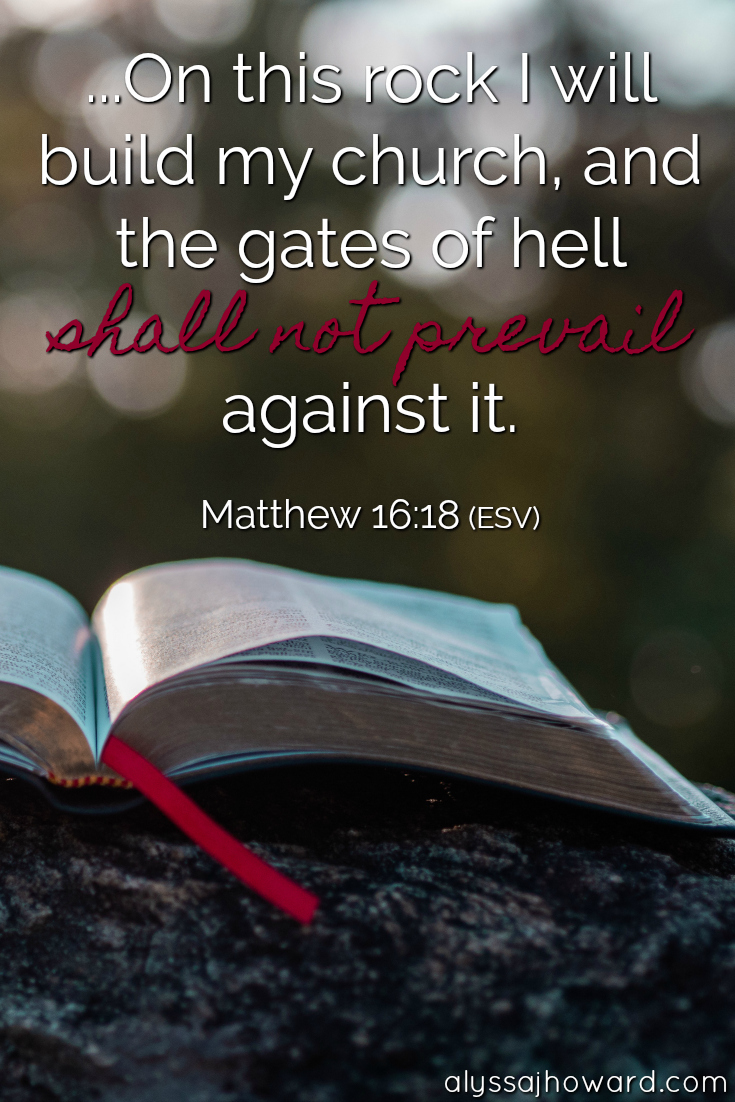 307shares
« From Glory to Glory: Your Glorious Future in Jesus
Our Victory in Jesus: The Spiritual Battle is Already Won »