As a child, I remember hearing the Old Testament story about the Tower of Babel. But to be honest, it often baffled me. On the surface, it seemed like a simple story of how God scattered people across the whole earth and gave them different languages. But when I actually took the time to think about it, I simply couldn’t relate. Did these men really think they could build a tower to God?

Fast forward to the Day of Pentecost. In Acts 2, we are told that the gift of the Holy Spirit had arrived causing the people to speak each other’s languages. And while these stories may seem unrelated, the issue of language strangely connects them. In one story, language separates the people. And in the other… it connects them. 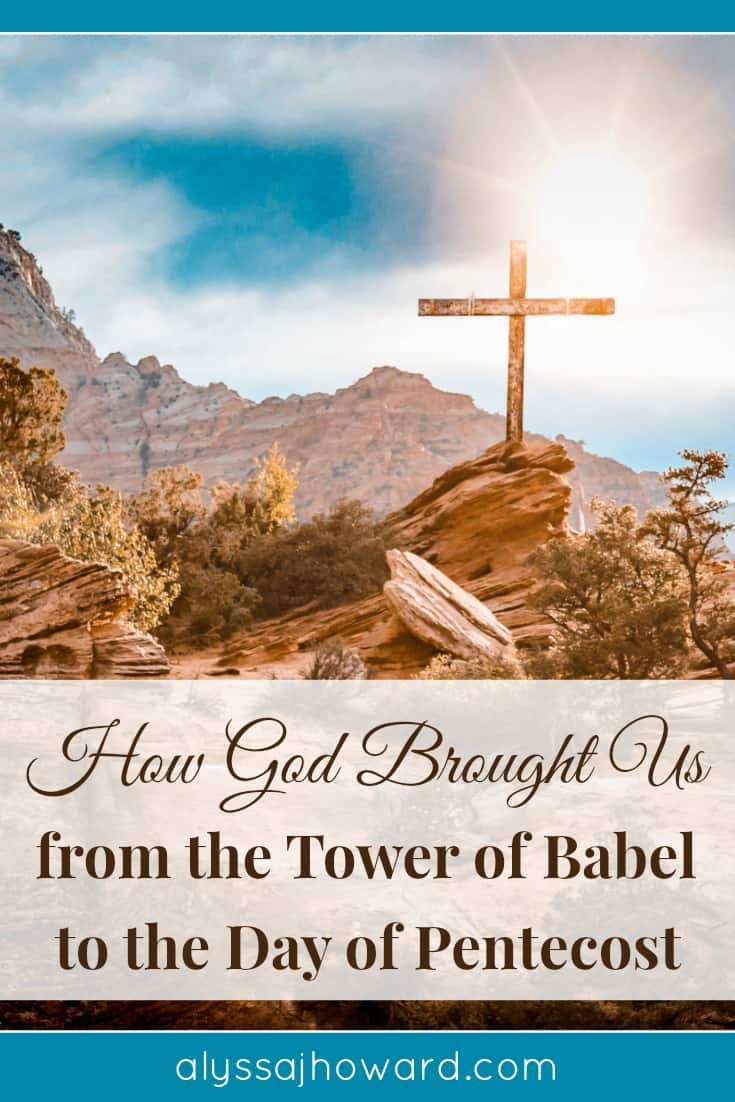 Understanding the Tower of Babel… what really happened?

Now the whole earth used the same language and the same words. …They said, “Come, let us build for ourselves a city, and a tower whose top will reach into heaven, and let us make for ourselves a name, otherwise we will be scattered abroad over the face of the whole earth.” The Lord came down to see the city and the tower which the sons of men had built. The Lord said, “Behold, they are one people, and they all have the same language. And this is what they began to do, and now nothing which they purpose to do will be impossible for them. Come, let Us go down and there confuse their language, so that they will not understand one another’s speech.” So the Lord scattered them abroad from there over the face of the whole earth; and they stopped building the city. – Genesis 11:1, 4-8

In building the tower, they were more likely trying to spiritually reach the heavens rather than physically.

As a child, I always pictured this enormously tall tower being built. I would think to myself, “What in the world made them believe they could reach heaven with a building?!” But the truth is that their building was more likely a temple or “ziggurat.” Historically speaking, these large ancient towers were built throughout that area of the world as a way to honor the heavens. (Some scholars believe this was one of the first to be built.) They were often used as a way to worship creation itself and were connected to astrology and occult worship. According to historians, these towers would usually serve as a “gateway” to the heavens. Worshippers believed these towers to be a place where heaven and earth would meet.

God was demonstrating both His mercy and justice when He confused their languages.

It’s easy to view God’s actions as nothing more than a punishment. After all, He confused their languages and scattered them across the earth. But notice how this chapter says nothing about God being angry. It doesn’t say He unleashed fire or wrath from heaven. It simply states that He confused their languages so they would stop building. Based on this small portion of Scripture, it’s hard to say what God was thinking when He did what He did.

Fear may also have played a role in this story. You see, after the flood, the descendants of Noah were undoubtedly afraid that God would once again destroy the world. (Some scholars even suggest that this tower was built as a way to protect themselves in the event of another flood.) In Genesis 9:1, God commanded them to multiply and replenish the earth. But these men were afraid of being scattered, and they didn’t trust God to keep His word. By confusing their languages, God gave them no choice but to scatter. And in the end, God’s will and His plans for mankind were accomplished. Only God knows of the devastating consequences that could have resulted had they been allowed to succeed…

God would ultimately use the result of their actions (differing languages) to unify us once again in Him.

While it is true that God used language to confuse the people (and in essence protect them from doing something truly terrible as sinful men), He would ultimately use language to connect us once again as the Kingdom of God.

Understanding the Day of Pentecost… the ultimate reversal of the Tower of Babel.

When the day of Pentecost had come, they were all together in one place. And suddenly there came from heaven a noise like a violent rushing wind, and it filled the whole house where they were sitting. …And they were all filled with the Holy Spirit and began to speak with other tongues, as the Spirit was giving them utterance. Now there were Jews living in Jerusalem, devout men from every nation under heaven. And when this sound occurred, the crowd came together, and were bewildered because each one of them was hearing them speak in his own language. – Acts 2:1-2, 4-6

The Day of Pentecost put an end to the confusion caused at the Tower of Babel.

It was a new beginning! It’s clear when reading the story of the Tower of Babel that God confused their languages because of what they would be capable of being unified in their sin. But as children of God, sin has been defeated. We are no longer in sin, but we are in Christ. And when we are unified in Him, we are capable of so more than we could ever imagine!

Instead of scattering in confusion, the people of God now scatter to make known the name of our Creator.

The men who were building the Tower of Babel were afraid to scatter. They didn’t trust God and His Word and were seeking to make a name for themselves. But we as Believers get to scatter to all four corners of the planet. We get to share the love of Jesus with all mankind!

While God once used language to separate us, He would ultimately use language to bring us together.

Throughout the New Testament, God used the gift of tongues in mighty ways. It demonstrated that someone had the gift of the Holy Spirit, and it also revealed that the Gentiles had received the same gift as the Jews. The Gospel spread in ways that were never thought possible as people shared the Good News of Jesus in every tongue. On the day of Pentecost, God took something that once caused confusion and transformed it into something beautiful, yet powerful.

While the Tower of Babel separated mankind through language, God would ultimately use language on the Day of Pentecost to bring us together in Him.

What happened that day at the Tower of Babel was a representation of God’s mercy and His ultimate plan for salvation. The plan was Jesus… it was always Jesus. And in His love, he put a hindrance between us so that our sin wouldn’t be the end of us. We must not forget that God had a plan to unify us once again in Him. He saw the bigger picture… one where we would worship Him in every language imaginable. Can you imagine what that must sound like in heaven? 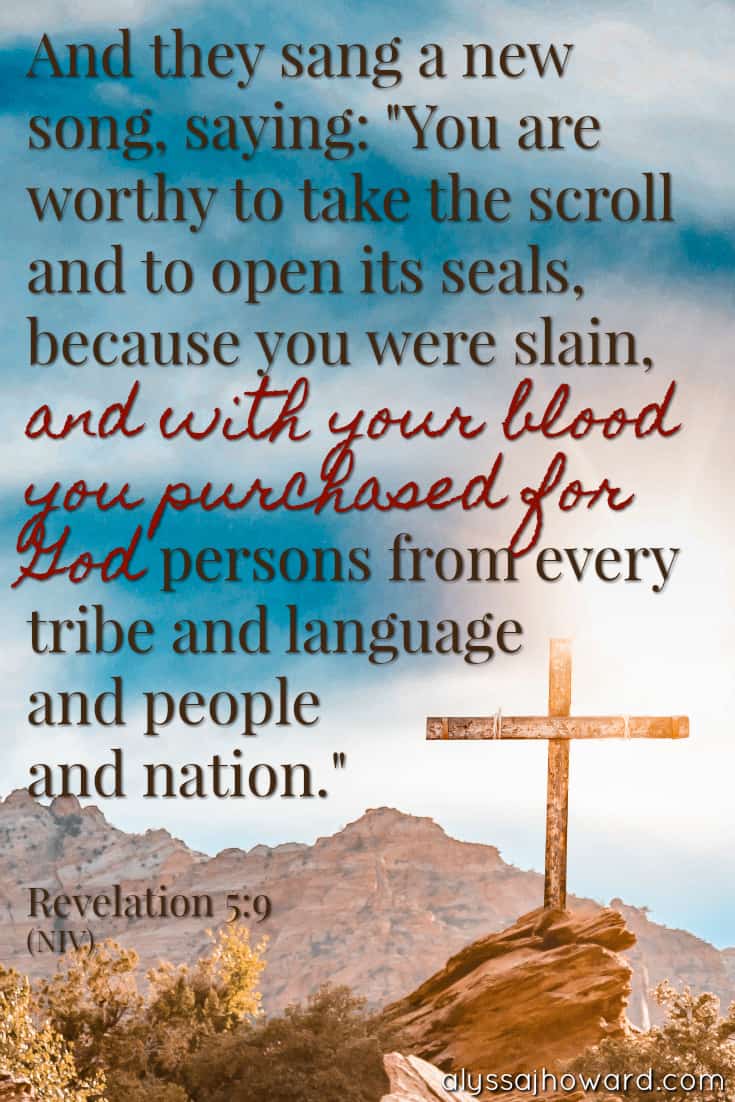