But when sin came into the world, everything changed. The battle of the sexes had begun. 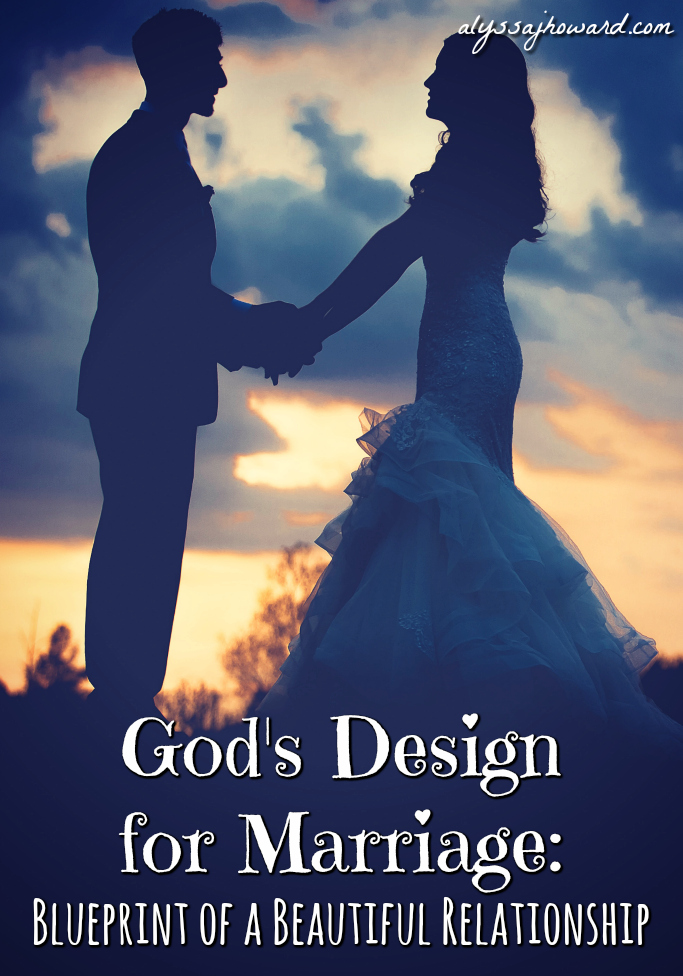 Then he [God] said to the woman, “I will sharpen the pain of your pregnancy, and in pain you will give birth. And you will desire to control your husband, but he will rule over you.” – Genesis 3:16 (NLT)

Keep in mind that God wasn’t commanding Adam to rule over Eve. Instead, He was simply revealing the consequences of their choice to bring sin into the world. There would now be animosity between man and woman. God’s design for marriage had fallen to the wayside, and their relationship would never be the same.

In Ephesians 5:21-33, Paul tells believers how husbands and wives ought to treat each other. His thinking was radical at the time. Culturally speaking, men were expected to lord over their wives. And wives were expected to be obedient as a common slave would be. The idea of mutual love and respect, or sacrificial love, was foreign at best.

Today, God’s design for marriage is still contrary to the world’s way of doing things. Our culture may have new ideas, but they are often contrary to God’s blueprint for a beautiful marriage.

The world says: Do what makes you happy first and foremost. If you aren’t happy, how can you possibly make someone else happy? Discover your true self, and then get married when the right person comes along.

God’s design for marriage: Your true identity is found in Christ. Believers are called to humble themselves, to serve the needs of others. Husbands and wives are called to do the same and to submit to each other out of their reverence for Christ. (Ephesians 5:21)

The world says: Submission in marriage is a thing of the past. Gender roles in marriage have no place in today’s modern society.

God’s design for marriage: Wives are called to submit to their husbands and allow them to lead their families the way God intended them to lead. On the other hand, husbands are called to lead by sacrificially loving his family the same way Jesus sacrificed Himself out of love for the church. Both roles are equally important, and both require submission and sacrificial love. (Ephesians 5:22-24)

The world says: I have a right to confide in others about my marriage. It’s normal to go out with the girls and air out my dirty laundry (a.k.a. complaining about my husband). If I don’t criticize “the old ball and chain” to the guys, I’ll look like I’m whipped.

God’s design for marriage: We are called to love and respect each other as Christ loved the church. His sacrifice washed our sin away so that He could present us before God without imperfection.

For husbands, this means love your wives, just as Christ loved the church. He gave up his life for her to make her holy and clean, washed by the cleansing of God’s word. He did this to present her to himself as a glorious church without a spot or wrinkle or any other blemish. Instead, she will be holy and without fault. In the same way, husbands ought to love their wives as they love their own bodies. For a man who loves his wife actually shows love for himself. No one hates his own body but feeds and cares for it, just as Christ cares for the church. – Ephesians 5:25-29 (NLT)

In God’s design for marriage, two people become one team.

There will be conflict if one or both members of this team decide they no longer need to do their part.

But if both husband and wife do their part and strive to live out their God-given roles, marriage can be a beautiful thing.

408shares
« Teaching Our Children to Love God for Who He Is
Impossible Battles: Even the Winds and Waves Obey Him »