What comes to mind when you think of Daniel? I remember learning about Daniel as a child. He was a godly man who refused to compromise his standards. Even when faced with death in the lions’ den, he refused to stop praying. He stood up for his faith in a pagan land, and that took a great amount of courage.

It wasn’t until recently that I discovered a side of Daniel that made me question what it means to stand up for my faith. 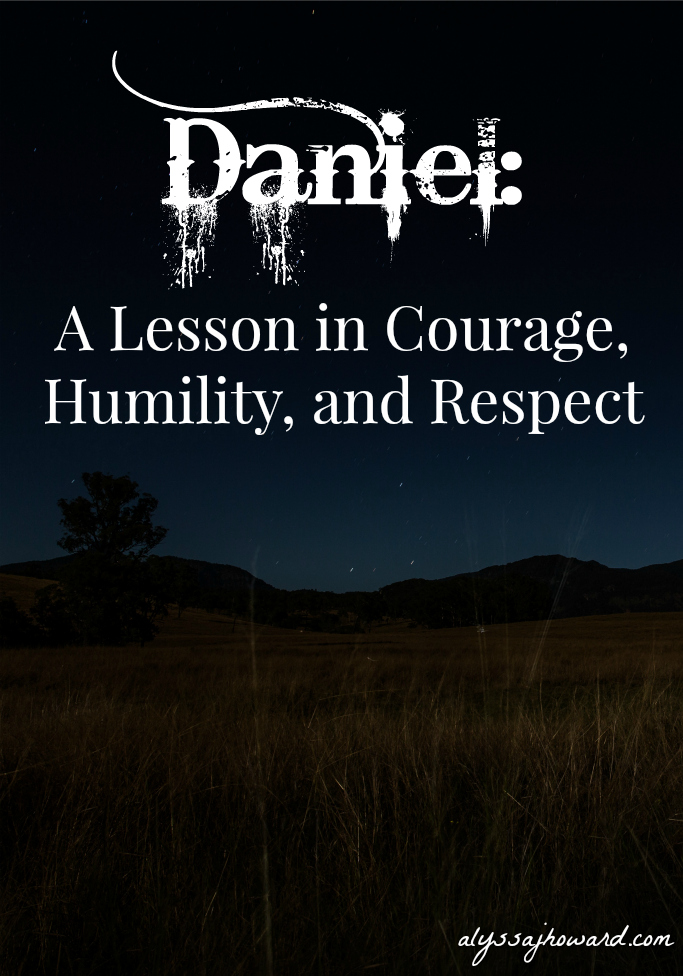 This week, as my ladies’ Bible study learned more about Daniel, I read the story a little differently than ever before. It wasn’t simply Daniel’s courage that I admired, but also his respect and humility.

Around 605 B.C., King Nebuchadnezzar of Babylon besieged Jerusalem. After his victory, he ordered his chief of staff to select young men from the royal family of Judah and other noble families to be taken back to the palace in Babylon as captives. Daniel was among the chosen.

“Select only strong, healthy, and good-looking young men,” he said. “Make sure they are well versed in every branch of learning, are gifted with knowledge and good judgment, and are suited to serve in the royal palace. Train these young men in the language and literature of Babylon.” The king assigned them a daily ration of food and wine from his own kitchens. They were to be trained for three years, and then they would enter the royal service. – Daniel 1:4-5 (NLT)

Daniel was forced to learn about their customs and pagan culture. He was taught their language and literature in great detail. In essence, the king was attempting to turn these men of Judah into Babylonians. But Daniel’s only objection was the food.

So why was the food so bad? Well for starters, God’s law was fairly strict when it came to diet. One of the Babylonians choice foods was pork, which is forbidden under Jewish law. Undoubtedly, however, it may have come down to idolatry. The food from the king’s table was most likely food that had been offered to idols, which is also forbidden under Jewish law. Either way, Daniel made up his mind to not defile his body with the king’s food and wine.

So how did Daniel respond when asked to compromise his beliefs?

First, let’s look at what Daniel did not do:

Now let’s look at what Daniel did do:

Daniel lived as a child of God in a foreign land just as we live as citizens of heaven in a lost world. We need to have the same courage as Daniel to stand up for our beliefs. At the same time, however, we need to be careful. If Daniel had chosen to refuse the king’s food in a non-peaceful or disrespectful manner, how would that have changed the story?

Daniel could have asked that they prepare kosher meals for him and his friends, but rather he made things simple and asked for vegetables and water. He worked with the chief of staff rather than against him.

When we take our stands for Christ, let’s choose to do so in peace and humility. Daniel didn’t compromise his standards, but he also didn’t make things difficult. And he certainly never disrespected authority… even a government as idolatrous as Babylon.

God is our ultimate authority. When faced with the dilemma to stop praying to God or face death by lions, Daniel’s choice was simple. God came first in all things. (Even then, he handled himself with grace and respect.) But if there’s a way to peacefully and humbly handle a situation, we need to take that opportunity.

God, I thank you for giving us examples like Daniel to show us how to handle tough situations in life. Give me the courage I need when my faith is being tested, and guide me in your wisdom as I strive to represent You in grace and peace. 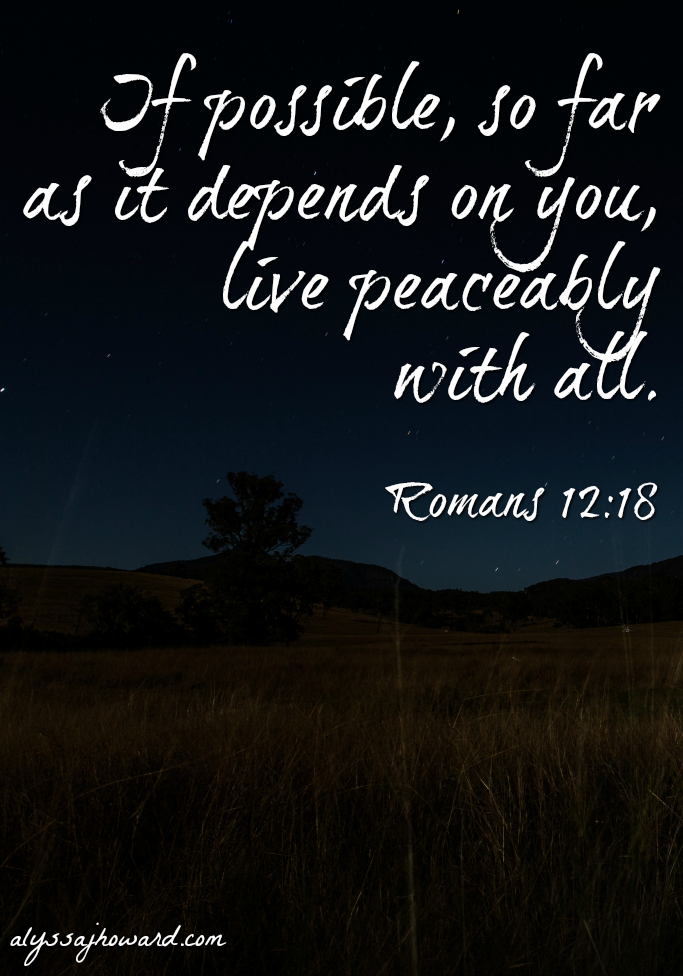 471shares
« Brothers and Sisters in Christ: How to Keep Peace in the Family of God
Be Thankful in All Things: 8 Verses About What It Means to be Thankful »