For those of you who don’t know this about me, in 2008 I began (and completed) two years of seminary at Liberty Baptist Theological seminary earning a Master of Arts degree in theological studies. During this time, my Christian faith was tested in ways I could have never imagined, and I had a few surprising revelations. 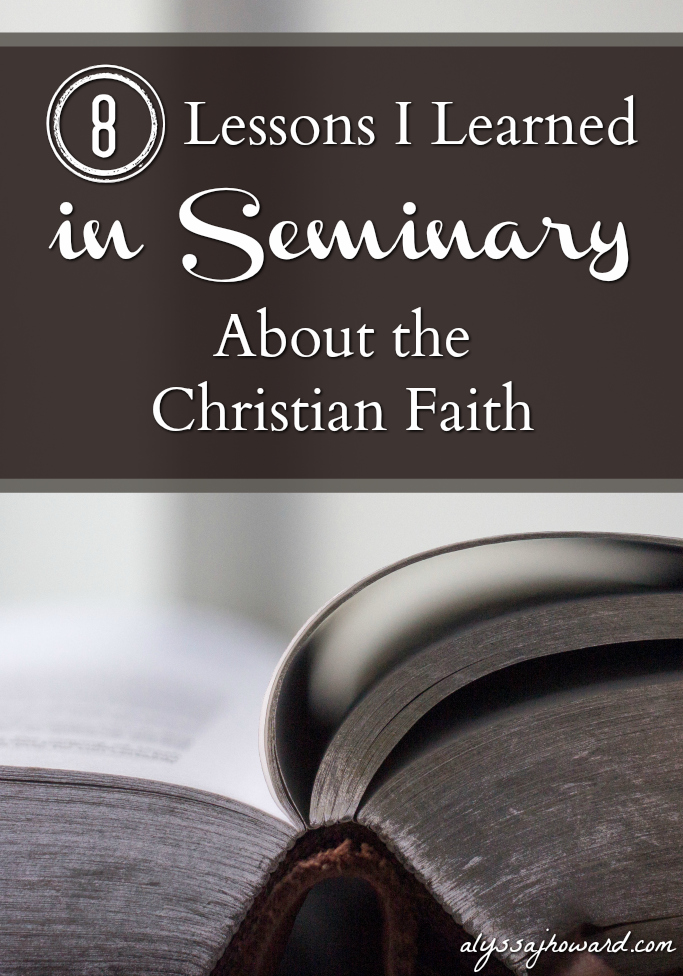 1) The more I learned about the Christian faith, the more I realized how little I actually knew. God is so much bigger than we realize. The Bible and the history of our faith, in all of its complexity, contains more than enough information to last a student a lifetime… maybe two!

2) As complex as Christianity can seem, it’s simple enough that even a child can understand its message. Until I began studying the Bible in its entirety, I had no idea how cohesive and simple the gospel truly is. God’s Word is incredibly deep, yet amazingly simple at the same time.

3) God is God, and He can do what He wants. So often as Christians, we like to put God in a box. We want to be able to define Him and His character and try to determine why He does what He does. The truth is that God is sovereign. He is the one true almighty God, and His ways are not our ways. But because we know that He is good, faithful, merciful, and just, we can rest assured that His actions are always in our best interest – even if it doesn’t always seem like it from our point of view.

4) It’s okay that I don’t understand it all. There was a point in my schooling when I had to learn how to say “I don’t know, and that’s okay.” When it comes to the basic fundamentals of Christianity, the Bible is very clear. But there are many non-fundamental issues that aren’t so clear. There are some questions that I simply cannot answer with 100% certainty. In those areas, I must rely on my faith and learn to trust that God is in control.

5) God never intended for us to become overly theological about His Word. While in school, I listened to lectures and debates from some of the world’s leading Bible scholars. I heard the Word of God dissected in ways that still makes my head spin. (I called it “theological gymnastics.”) God gave us His Word as a testament to who He is. It’s a history of our faith, and He intended for us to understand it. That being said, it shouldn’t take a doctorate to figure out what God is saying to us in His Word. Often the simplest of explanations is the correct one.

6) Theology can replace personal application if we’re not careful. When I read Scripture, I often find that my mind immediately starts analyzing the text. I start thinking about cross referencing other verses, and I can’t wait to look up certain passages in the original Greek or Hebrew. (Yes, I’m strange… I’m fully aware of this fact!) But the problem with theology is that it is often impersonal. You can study the meaning of a verse without actually applying it to your own life. I have to be careful not to let this happen, but instead to remember that His Word is full of life.

7) Biblical knowledge and knowledge of our history is lacking in the church today. I want to start off by pointing out that it’s not how much you know, but Who you know that makes you a true believer. That being said, I don’t think the church today has placed enough emphasis on knowing God’s Word in its entirety. Upon entering seminary, I had been a Christian my whole life. Yet there were still entire sections of the Bible that I knew very little about.

This is vastly different from the early church. They knew their Scriptures forwards and backwards. They knew of the prophecies. And they understood the details of their history. Paul often quoted from the Old Testament in his letters to the early churches because he knew they would know exactly what he was talking about. While in seminary, I was hearing portions of Scripture that I had never taken the time to study before… things I wish I would have known and understood much earlier in my faith.

8) God will meet you wherever you are at. God’s ultimate desire is for us to grow and mature in Him, and knowledge is a part of that process. Christianity is not a mindless religion. We live by faith, yes, but that doesn’t mean we leave our brains at the door. The more I studied, the more I realized that faith and logic work together. The more I learned about history and the Scriptures, the more my faith developed. And the more my faith developed, the more I wanted to learn.

I pray that from his glorious, unlimited resources he will empower you with inner strength through his Spirit. Then Christ will make his home in your hearts as you trust in him. Your roots will grow down into God’s love and keep you strong. And may you have the power to understand, as all God’s people should, how wide, how long, how high, and how deep his love is. May you experience the love of Christ, though it is too great to understand fully. Then you will be made complete with all the fullness of life and power that comes from God. – Ephesians 3:16-19 (NLT) 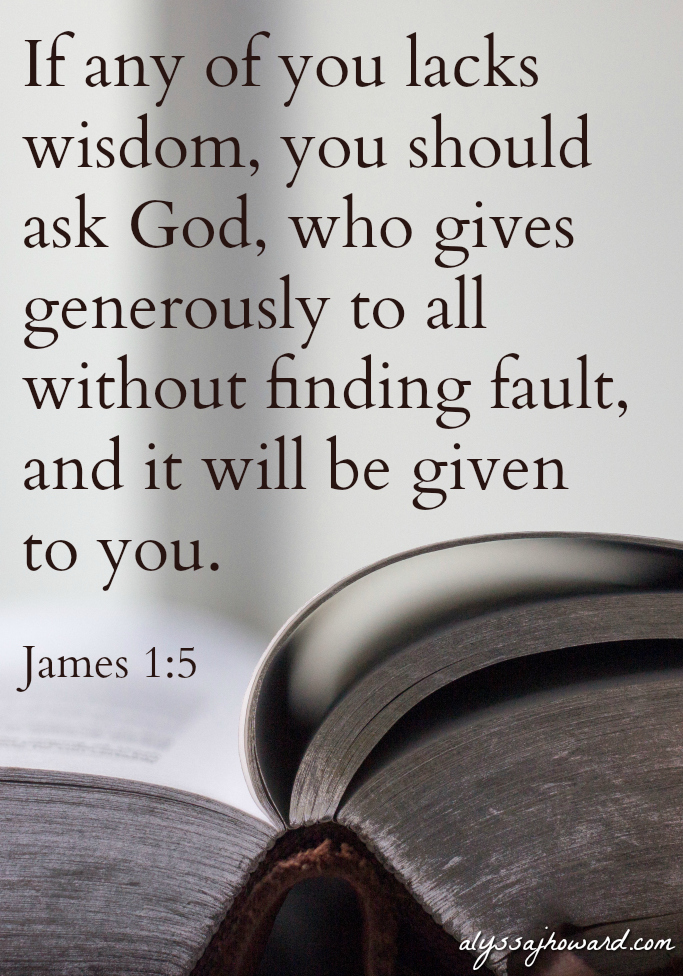 309shares
« The Night King Jesus Was Born
Putting on My New Nature: My New Year’s Resolution »