It may seem odd to find “sin” on a list of Christian terms that are often misunderstood. After all, isn’t it simply defined as disobedience to God? As Christians, however, we don’t generally struggle with the definition of sin itself; rather we have trouble defining our relationship with it now that we are set free from its power. Should Christians still struggle with sin even though Jesus defeated it on the cross? And what about the rest of the world? What is their relationship to sin? 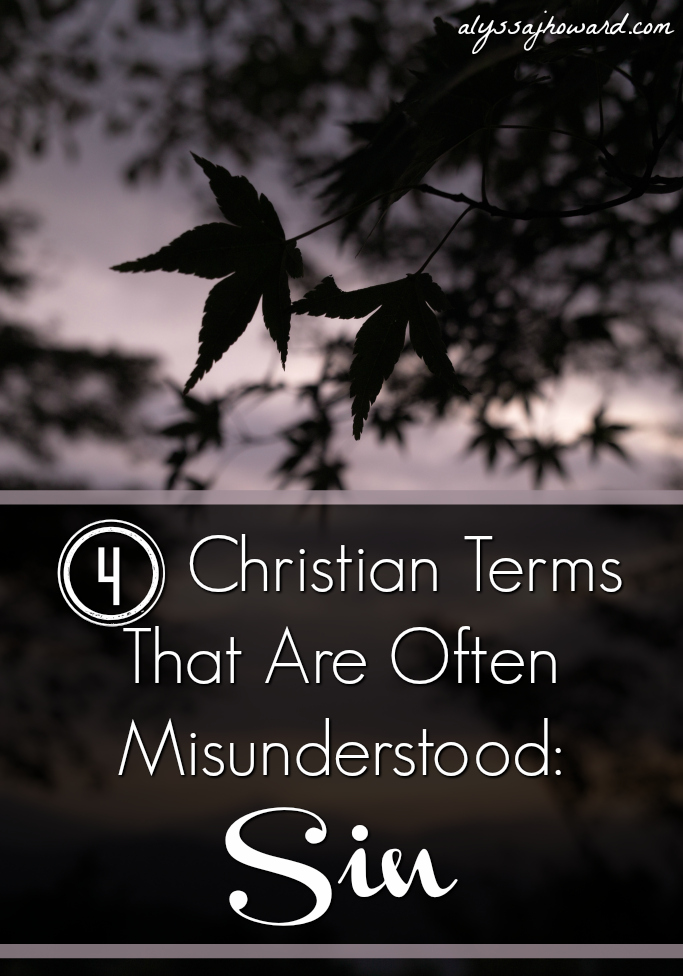 Believers have been set free from sin’s power…

No temptation has overtaken you but such as is common to man; and God is faithful, who will not allow you to be tempted beyond what you are able, but with the temptation will provide the way of escape also, so that you will be able to endure it. – 1 Corinthians 10:13

But I say, walk by the Spirit, and you will not carry out the desire of the flesh. – Galatians 5:16

Everyone who practices sin also practices lawlessness; and sin is lawlessness. You know that He appeared in order to take away sins; and in Him there is no sin. No one who abides in Him sins; no one who sins has seen Him or knows Him. – 1 John 3:4-6

I remember learning about sin as a kid. I learned a list of dos and don’ts, and sin was simply disobeying any of the commandments found in the Bible. The problem with this concept is it places all of the emphasis on my own ability to say no to temptation. I had to use will-power and discipline to obey God. I never fully learned the concept of being set free from sin. On the contrary, I was taught that even Christians would continue to struggle with it.

The Bible makes it pretty clear that for the believer, sin should be a thing of the past. As John put it, “No one who lives in him keeps on sinning.” Sound impossible? Yes. But for most of my life I missed a key part of that phrase: live in Him.

A child of God stops sinning not by their own willpower, but because they make a daily choice to abide in Christ.

When a believer sins, it’s not because they lacked willpower. It’s because they stepped out of the light. They stopped abiding. They stopped living in the Spirit and allowed their old nature (the one that was crucified with Christ) to take over.

When we are set free, our chains are gone; and through the power of the Holy Spirit, we are given the ability to say no to temptation. Keep in mind that God always provides a way out of temptation (1 Corinthians 10:13). To sin as a believer is to make the conscious choice to ignore that way out and disobey God.

Now, this doesn’t mean a child of God won’t slip up from time to time. We are all still growing as we learn what it means to live by the Spirit as children of God. But the New Testament is clear, true children of God don’t make a habit of sinning. In fact, as we grow and mature in Christ, we become more like Him. We start to despise sin because God despises sin.

The lost are still bound in slavery to sin…

Jesus answered them, “Truly, truly, I say to you, everyone who commits sin is the slave of sin. The slave does not remain in the house forever; the son does remain forever. So if the Son makes you free, you will be free indeed.” – John 8:34-36

Knowing this, that our old self was crucified with Him, in order that our body of sin might be done away with, so that we would no longer be slaves to sin; for he who has died is freed from sin. – Romans 6:6-7

Apart from Christ, we are slaves to sin. Sin is in charge. It literally rules your life. And the worst part is, you probably don’t even realize it. Paul identifies this moral dilemma in Romans 7. As a slave to sin, you want to do what’s right, but you can’t. You might consider yourself to be a good person with good intentions, but sin is still in charge. So when it comes to temptation, it’s nearly impossible to say no.

That’s what Jesus meant when He said He came to set us free. As children of God, we have the power of the Holy Spirit living inside of us enabling us to say no to temptation. The world does not have this power. They have to rely on their own strength.

Here’s the sad truth: Christians spend a lot of time telling the world to stop sinning. Apart from Christ, however, it’s impossible for them to do so.

I used to believe that one of the reasons the world wouldn’t accept God was because they wanted to continue in their sins and not be held accountable. I believed that all “sinners” were bad and corrupt. Well, I was wrong. Yes, there are probably a few that this applies to, but many of the non-Christians I have befriended over the years are good people at heart. They have morals. They want to do what was right.

There’s just one problem. No person on the planet is without sin. The Bible says that if we’ve broken one commandment, we’ve broken them all. The wages of sin, even “small” sins, is death. But the gift of God… Now that’s the good news.

The ability to live by the Spirit, to have our slates wiped clean, to be sons and daughters of the Creator of the universe… all of this is a free gift.

Our focus in sharing the Gospel should always be the love of our King, not sin. Yes, we are called to repent. But repentance is a response to the Good News – meaning it comes after one’s eyes are opened to the truth of God’s love. After all, didn’t Jesus die on a cross before we repented? He sacrificed it all and demonstrated His love for us while we were still sinners.

Pointing out one’s sin typically won’t make them want to repent. But experiencing the love of God has the power to bring a person to their knees.

Our job is to share God’s love and the Good News of His Kingdom; it’s the job of the Holy Spirit to bring about conviction and repentance. Only the Holy Spirit can open a person’s eyes to the truth regarding their slavery to sin and their need to be set free.

So instead of shouting at the world telling them to stop sinning (something they cannot actually do on their own), we need to be shouting the Good News that they no longer have to be slaves to that sin. Our loving King has arrived to set the captive free! 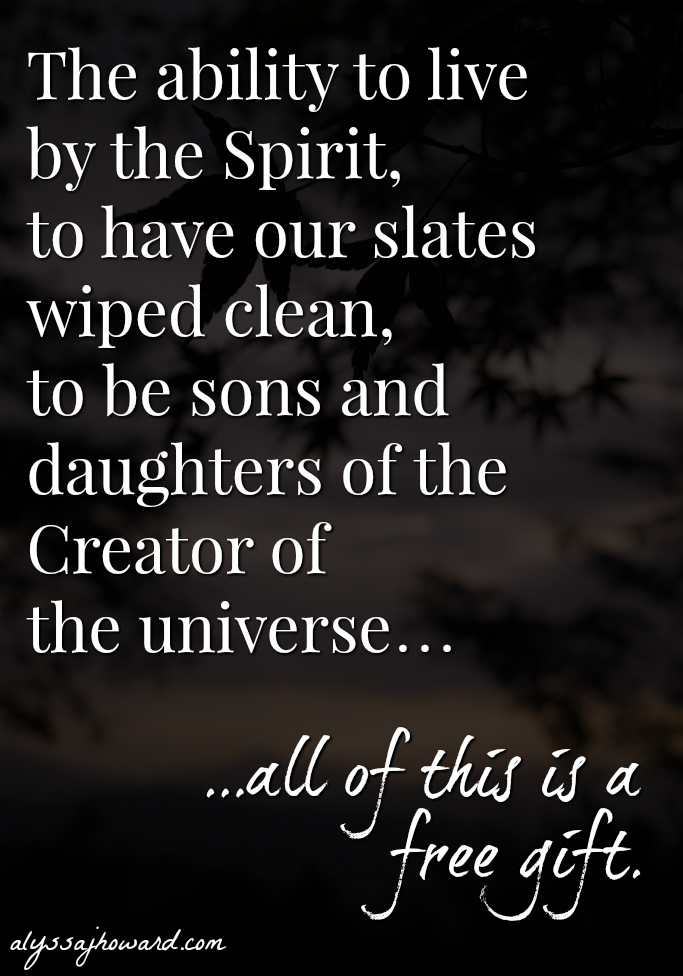 More from this series:

4 Christian Terms That Are Often Misunderstood: The Gospel of Christ

4 Christian Terms That Are Often Misunderstood: Saved by Grace