I don’t usually dive into current events or pop culture on this blog. But when it comes to recent events with Kanye West, I found myself wanting to write. To say that his very public profession of faith has rocked the culture, especially that of Christian culture, would be an understatement. Some praise God for all He has done in and through Kanye. Others wonder if his conversion to Christianity is genuine. No matter where you land on this spectrum, one thing is for sure. There are several things we can all learn from Kanye West. 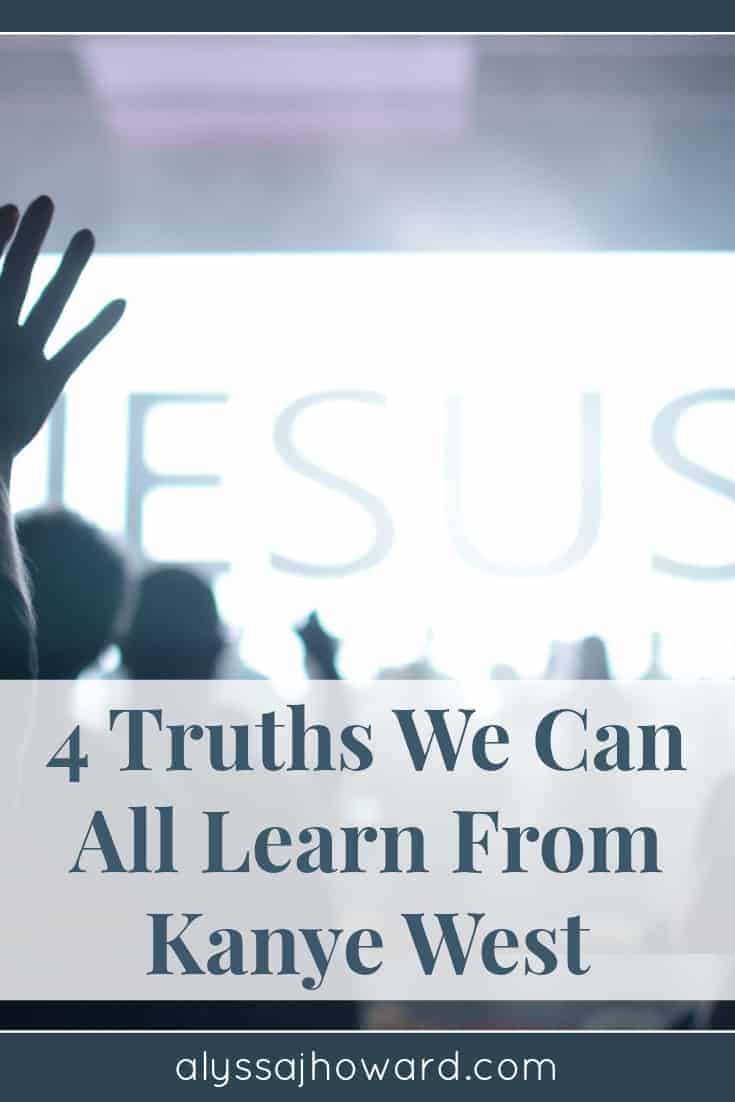 Here are four truths we can all learn from Kanye West…

God can (and will) use anyone to advance His purposes.

Say what you will about Kanye, but the name of Jesus is being glorified. Is Kanye perfect? No. Will he fail sometimes? Yes. (He is still very young in the faith, and we need to remember that God is still working on his heart.) But God uses imperfect people to fulfill His perfect plan for mankind. I know this because we are ALL imperfect. Every person that God has ever used throughout history was imperfect. We can’t hold Kanye to a standard of perfection that no one in history has ever lived up to except for Jesus.

Now to talk about the elephant in the room… Is Kanye’s faith genuine? Is he truly saved or is this just a gimmick to sell records? What happens if we all find out in time that Kanye has abandoned his faith? I have seen many of these questions presented on social media in the past few weeks. And honestly, they are valid. So let’s play a game of “what if.”

What if Kanye is faking it to sell records? Is it possible that God could still use him and his message anyway? I have personally listened to his new album, and I honestly love it. I have found it to be very theologically sound, and it lifts the name of Jesus in every way possible. In fact, I have found it to speak more about Jesus than many of the Christian artists on the radio today. That being said, God can and will use this album to change hearts… even if Kanye isn’t genuine.

We are called to embrace new believers, not make it harder for them.

Let’s ask another “what if” question. What if Kanye IS in fact genuine in his faith? I’m reminded of Jesus’ story of the prodigal son. The father welcomed his son home with no questions asked and even threw him a party. It was the brother who doubted. He was unhappy that his brother had spent years squandering what his father had given him.

As the church, we are called to embrace those who come home. Yes, we need to be careful about false teaching. I get that. But it’s not our job to question Kanye and his faith. What if it is genuine? How awful would we be as his brothers and sisters to pass judgement on him and make it more difficult for him to live out his new faith? I would rather be wrong and support him the way God has called me to do than to wrongly pass judgement about the genuineness of his faith.

Therefore, accept one another, just as Christ also accepted us to the glory of God. – Romans 15:7

When in doubt, pray. And then pray some more.

Kanye West’s album lifts the name of Jesus. There’s no doubt about that. While some of what he has said in interviews makes me wonder where he’s at spiritually, I also have to remember that he is a brand new believer. Do you remember when you were first saved? How much have you grown since then? Has your thinking changed at all?

I hope and pray that Kanye is the real deal. Truthfully, the only person that really knows is God. But I do know this… I can pray for him and his family. I can pray that God will continue to work in his heart and that He will bring the right people into his life to encourage him.

Put yourself in his shoes for a minute. His entire life is on display for the world to see… the good, the bad, and the ugly. We all remember his past mistakes. We can all listen to his previous albums and know where his heart used to be. Can you imagine making this HUGE life transformation in front of the whole world? He already has a difficult road ahead of him. As believers, it would be a shame to make it even harder for him.

Honestly… I can’t imagine. In a culture that is so anti-Christian, coming out as a Christ-follower is hard enough without being a celebrity. Not only that, but the enemy will undoubtedly see this as an opportunity. He does NOT want Kanye to share his faith. He’s too influential. If there’s one thing we can all learn from Kanye West, it’s that as Christians, we need to pray.

Pray for his continued growth in God and for protection from the enemy. Pray that God will continue to give us discernment as believers. And pray that regardless of his intentions, God will use his album and his message to change lives. 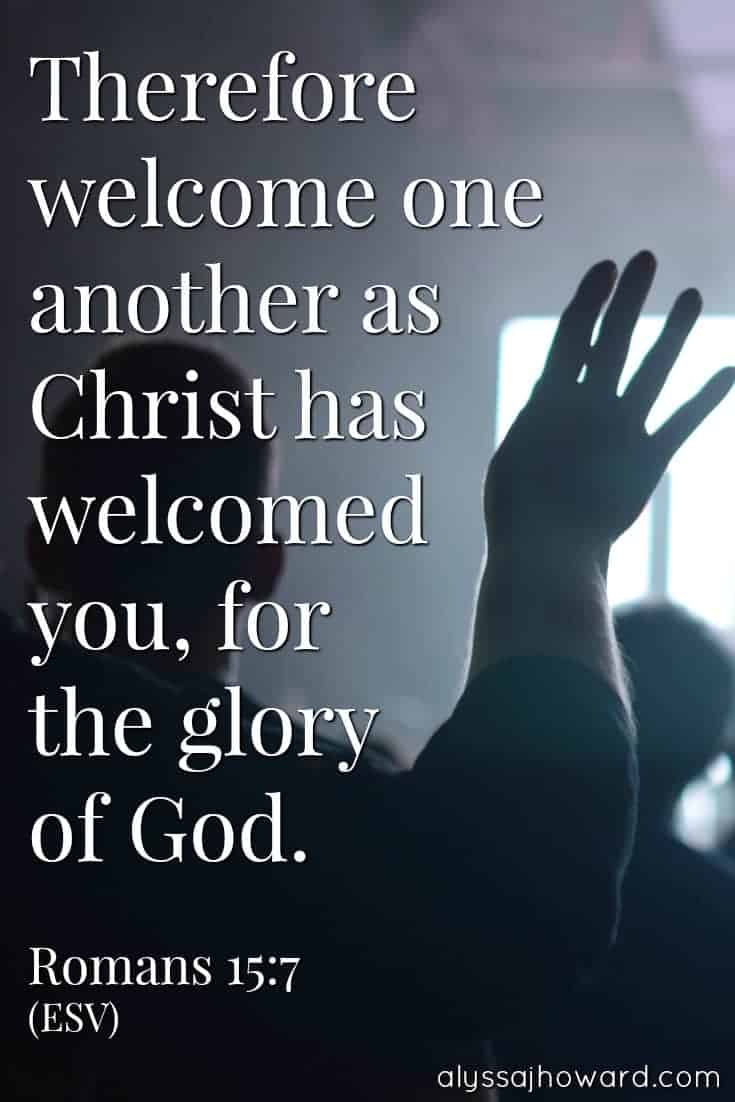 **Photo by Carolina Jacomin on Unsplash

37shares
« Spiritual Growth 101: When God Uses Your Past to Shape the Future
Our Battle is Not Against Flesh and Blood »