The word “trinity” is not in the Bible. So where do we as Christians get this basic doctrine? Why do Christians believe in the Trinity when the Bible doesn’t explicitly talk about it? The Bible does not come right out and say, “The Father, the Son, and the Holy Spirit are three unique persons but one God.” But looking at Scripture from Genesis to Revelation, we can clearly see that the Trinity is present throughout. Today, we will take a look at the basic doctrine of the Trinity. What does Christianity really teach about the triune God? 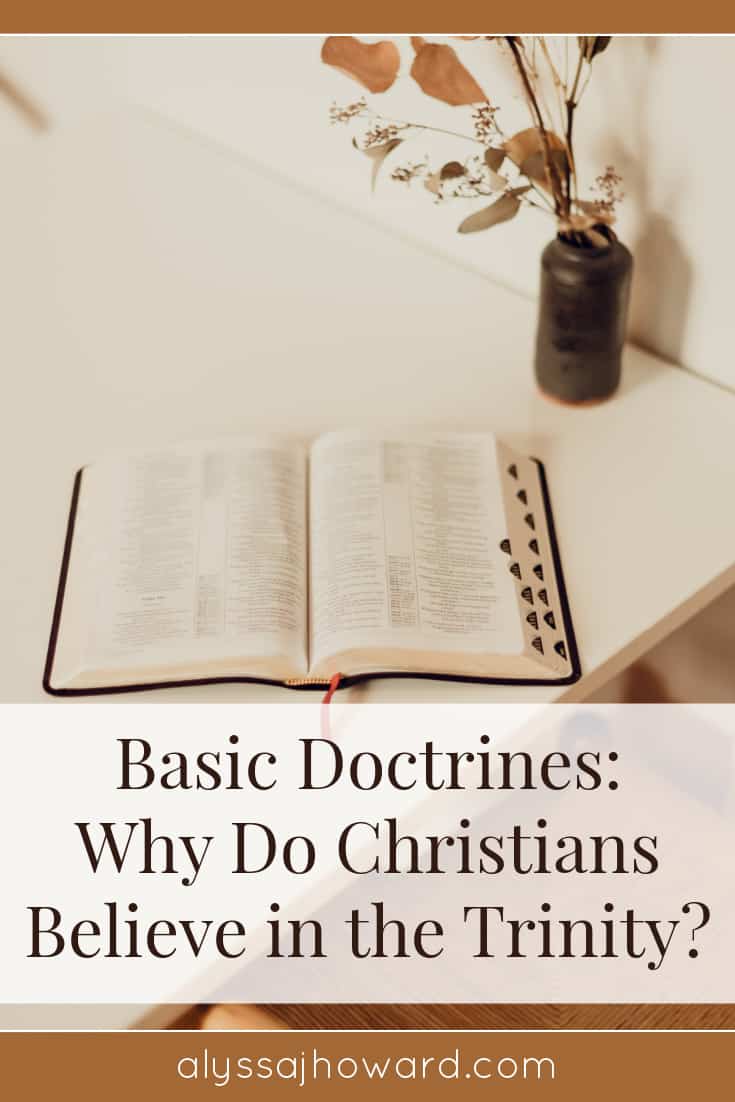 The Father is God

When it comes to God, there is little dispute amongst Christians concerning the deity of the Father. If you believe the Bible, then you believe that the Father is indeed God. He is the Creator of the World, the Beginning and the End, and the Almighty God.

For He rescued us from the domain of darkness, and transferred us to the kingdom of His beloved Son, in whom we have redemption, the forgiveness of sins. He is the image of the invisible God, the firstborn of all creation: for by Him all things were created, both in the heavens and on earth, visible and invisible, whether thrones, or dominions, or rulers, or authorities—all things have been created through Him and for Him. He is before all things, and in Him all things hold together. – Colossians 1:13-17 (emphasis added)

While the Bible is clear that the Father sent Jesus (here we see them clearly as two unique persons), it is also clear that Jesus was present at creation. Not only was He there, but He also played an active role.

Jesus also claimed to be God…

The Jews answered him, “Aren’t we right in saying that you are a Samaritan and demon-possessed?” “I am not possessed by a demon,” said Jesus, “but I honor my Father and you dishonor me. I am not seeking glory for myself; but there is one who seeks it, and he is the judge. Very truly I tell you, whoever obeys my word will never see death.” At this they exclaimed, “Now we know that you are demon-possessed! Abraham died and so did the prophets, yet you say that whoever obeys your word will never taste death. Are you greater than our father Abraham? He died, and so did the prophets. Who do you think you are?” Jesus replied, “If I glorify myself, my glory means nothing. My Father, whom you claim as your God, is the one who glorifies me. Though you do not know him, I know him. If I said I did not, I would be a liar like you, but I do know him and obey his word. Your father Abraham rejoiced at the thought of seeing my day; he saw it and was glad.” “You are not yet fifty years old,” they said to him, “and you have seen Abraham!” “Very truly I tell you,” Jesus answered, “before Abraham was born, I am!” At this, they picked up stones to stone him, but Jesus hid himself, slipping away from the temple grounds. – John 8:48-59 (NIV, emphasis added)

Why do you suppose the Jews picked up stones to stone Jesus after making such as statement? The truth is that Jesus was undoubtedly referencing Exodus 3:14 when He said, “…before Abraham was born, I am!” The Jews would have undoubtedly known that Jesus was claiming to be God. This would have been considered blasphemy, which would have been punishable by death according to the Law. (Jesus was not committing blasphemy, however, because He was telling the truth!)

There are many more texts proving that Jesus is indeed God. After all, even the name Immanuel means “God with us.” We are also told in Scripture that if we’ve seen Him, we’ve seen the Father. Fully God. Fully man. He was able to fulfill the Law on our behalf, die for the sins of the world, resurrect on the third day, and defeat death so that all could have access to eternal life.

The Holy Spirit is God

But I tell you the truth: it is to your advantage that I am leaving; for if I do not leave, the Helper will not come to you; but if I go, I will send Him to you. And He, when He comes, will convict the world regarding sin, and righteousness, and judgment: regarding sin, because they do not believe in Me; and regarding righteousness, because I am going to the Father and you no longer are going to see Me; and regarding judgment, because the ruler of this world has been judged. I have many more things to say to you, but you cannot bear them at the present time. But when He, the Spirit of truth, comes, He will guide you into all the truth; for He will not speak on His own, but whatever He hears, He will speak; and He will disclose to you what is to come. He will glorify Me, for He will take from Mine and will disclose it to you. All things that the Father has are Mine; this is why I said that He takes from Mine and will disclose it to you. – John 16:7-15 (emphasis added)

Three things are prevalent in this passage. One is that the Holy Spirit is separate from Jesus and the Father. In fact, Jesus needed to leave in order for the “Helper” to come. Secondly, this passage clearly tells us that the Holy Spirit’s job is to disclose what He hears… from both the Father as well as the Son. This brings me to my final point… Jesus claims that “all things that the Father has” are His. Repeatedly throughout Scripture, we see three separate persons, but they are all cohesively working together as one.

So Why Do Christians Believe in the Trinity? Is There One God or Three?

It’s no doubt that the Trinity is one of the most divisive issues within Christianity. It’s hard to wrap our minds around the fact that there is one God but three unique persons. It’s a concept clearly taught throughout Scripture, but it may be that we won’t fully understand how it all works this side of eternity.

Here are some things we do know based on Scripture:

Next, we will be diving into the basic doctrine of human depravity, our slavery to sin, and our need for a Savior. 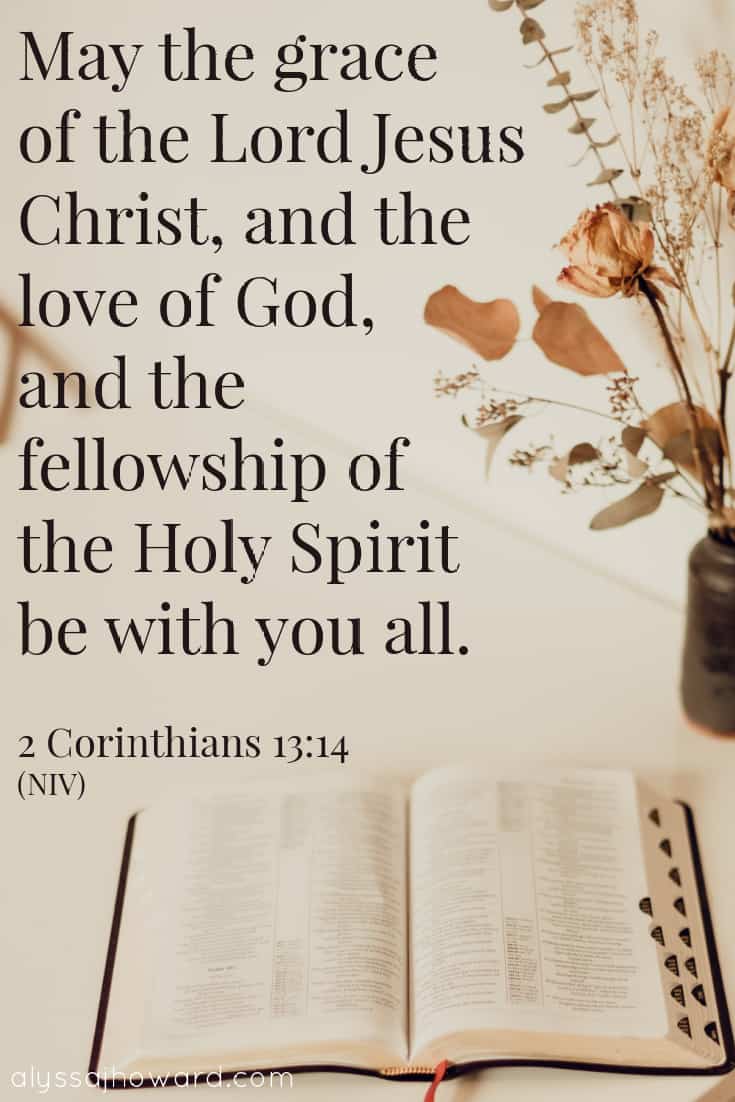 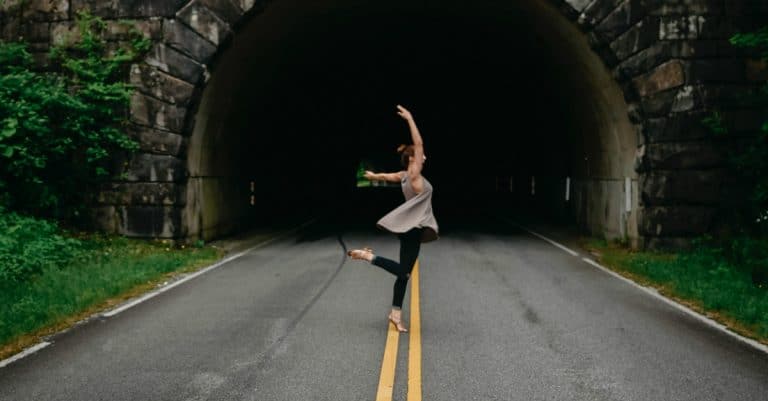 Suffering isn’t generally a topic we like to talk about (or read about), but it’s something that is common to all of us. We all endure suffering at some point in our lives. We all have endured pain and heartbreak. For that reason, I think it’s important to understand why we suffer. And more importantly,… 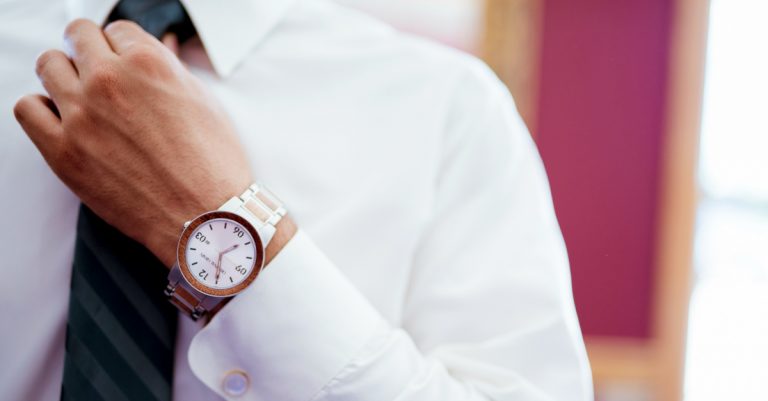 Jobs come and go. If we’re lucky, we will end up in a career we love. For the rest of us, our jobs simply provide a source of income. Wherever you fall on that spectrum, our jobs matter. We give a huge portion of our time to them. Even if we hate our jobs, they… 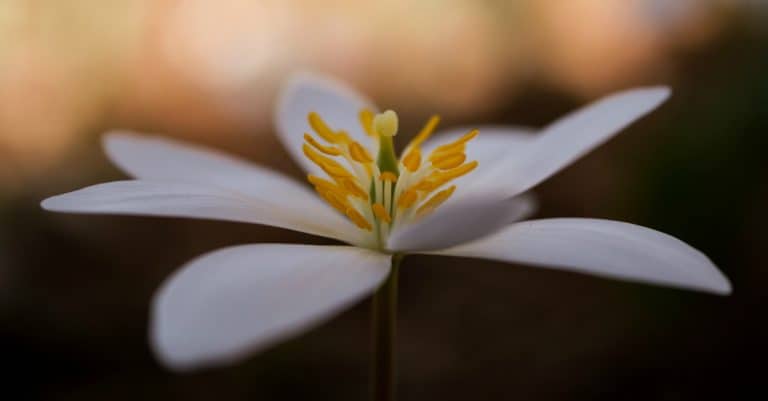 The many roles of the Holy Spirit have long caused confusion and disagreements in the church. It’s for this reason that He is often an avoided topic. We have no problem acknowledging that He guides us and helps us to discern the truth, but anything more than that becomes controversial. Unfortunately, this controversy has led… 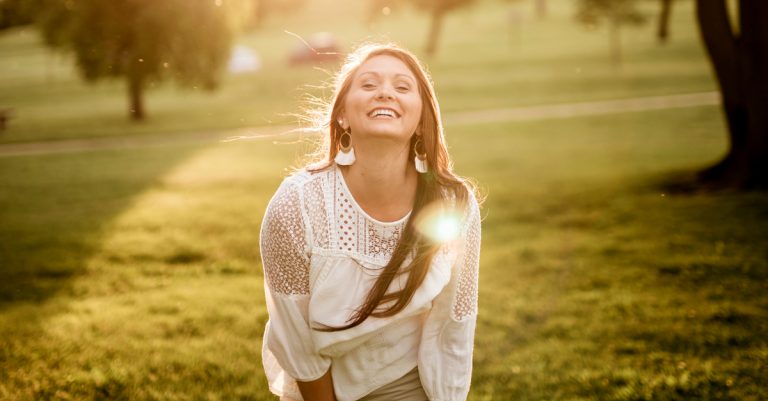 In the Old Testament, the presence of God made its dwelling in the Holy of Holies. As the innermost sacred area of the tabernacle, it contained the Ark of the Covenant and was only accessible once a year by an Israelite high priest. The presence of God was so powerful, that to go behind the veil in an unworthy manner could potentially… 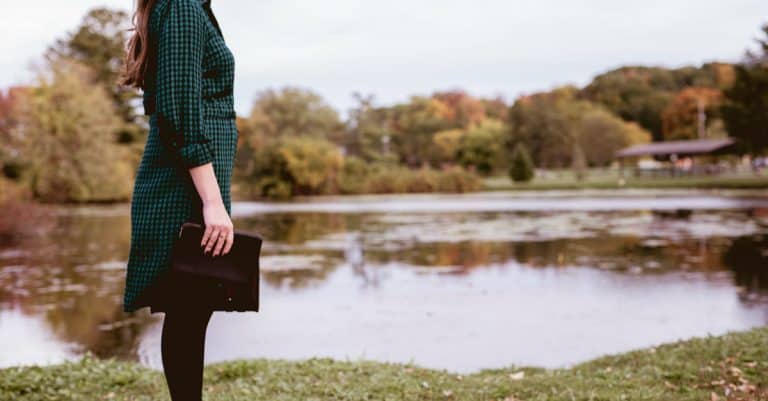 “No” is such a simple word. So simple, in fact, that it often becomes one of a child’s firsts words. I speak from experience when I say that most toddlers love saying the word… almost as much as they hate hearing it! But all joking aside, the power of no is something we learn at… 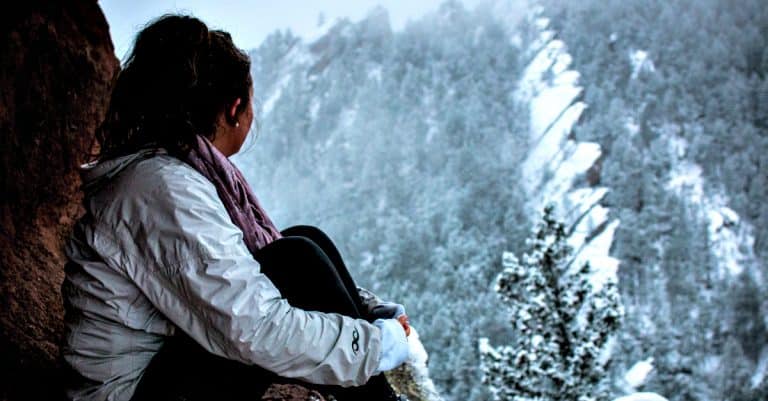 The entire purpose of Christianity is for God to be intimate with His creation. I know that may seem like a bold claim, but it’s true. In the Garden of Eden, God walked with Adam and Eve. They had a relationship unlike any other. They were intimate with God. But when sin entered the world,… 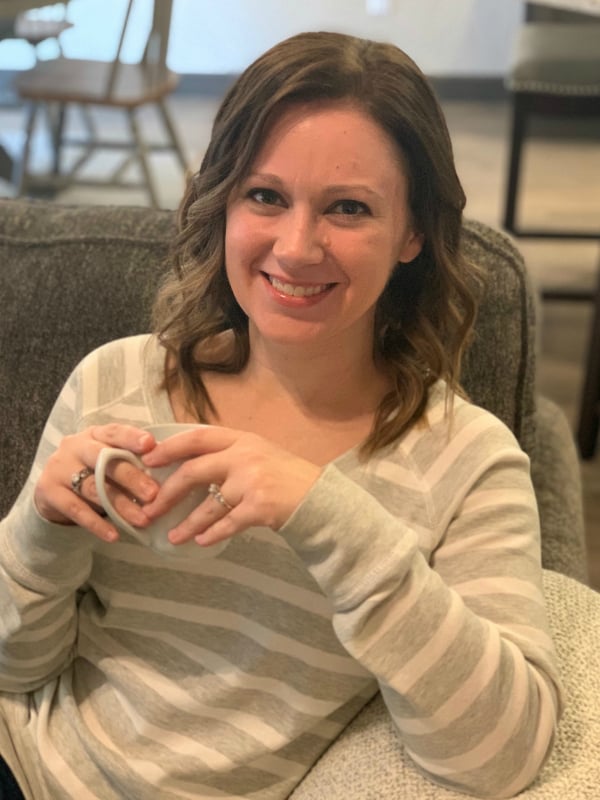 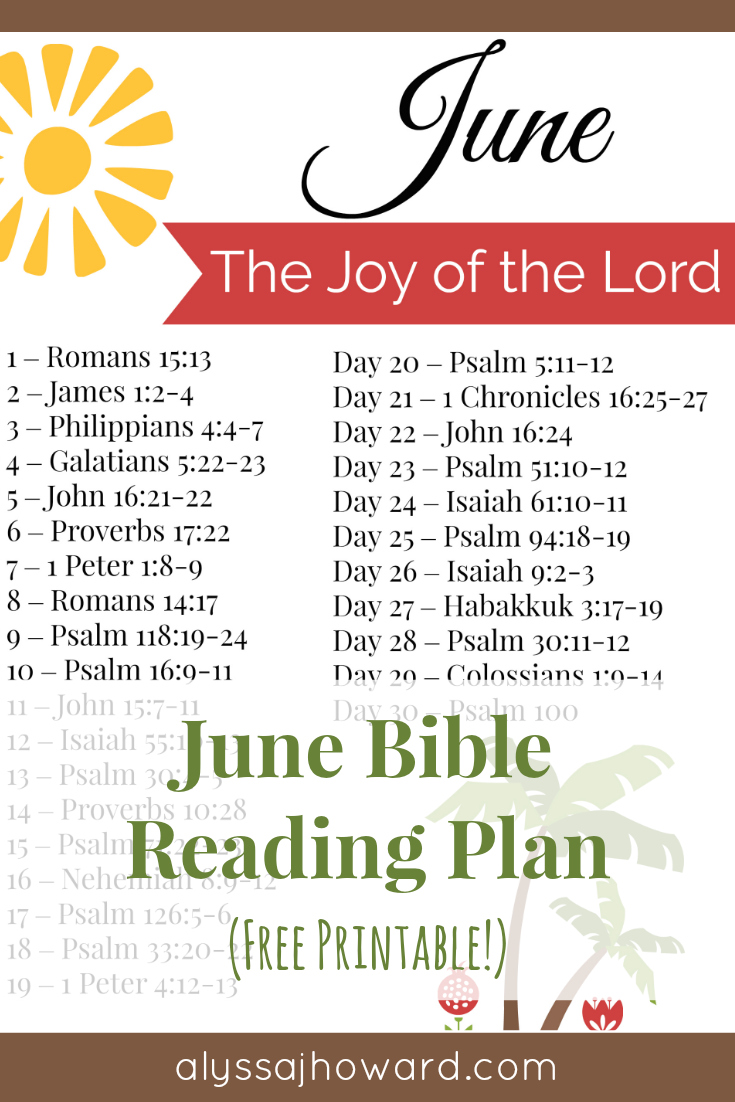